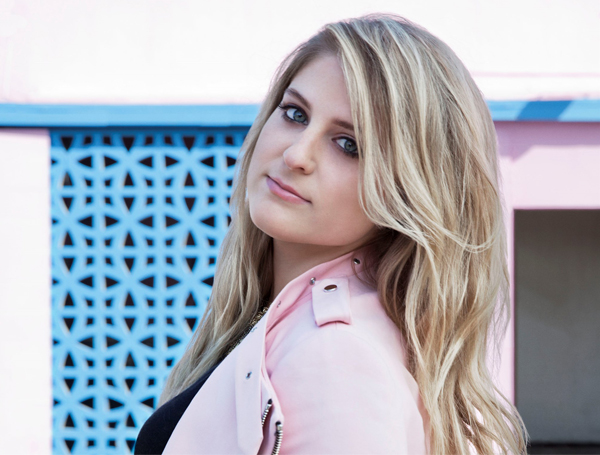 Meghan Trainor's been enjoying a fairytale dream-come-true moment in music with the success of her single "All About That Bass" — but did you know it almost wasn't her song? It got us to thinking about some of today's biggest hits, and how many of them were passed on by other artists...or just intentionally written for someone else. Pop has a lot of swapping lyrics going on behind closed doors, so let's open a few of them and take a look at five jams that were given away to a different pop star!

Canadian producer Grimes originally wrote this unique pop track for Rihanna, but after RiRi passed on it, she figured she'd better record it under her own name. Grimes calls it a "summer jam" that's just a teaser of her upcoming LP.

1. "All About That Bass"
Recorded by: Meghan Trainor
Pitched to: Beyonce

Trainor co-wrote this bouncin' track over a year ago, and apparently it was presented to a dozen high-profile singers: including Queen Bey! But Meghan claims she's not even sure if Beyonce had the chance to hear the song — after all, she probably gets a thousand pitches a day.

"I’ll bet some of them didn’t even know the song was being pitched to them,” she said. “Some artists get thousands of songs pitched and they never know, so Beyoncé herself probably never heard it.[...] Most of these other artists’ A&R teams said they couldn’t do anything with the song because they didn’t have [the right] artist. That was the problem—there weren’t any singers at the time [who fit the song]. Adele was the only one, but she wasn’t rapping and singing sassy songs with swears in them. But I’m down—I get all the performing royalties!
FULL LIST AT THE SOURCE
Adele? Beyonce? lmfao bye