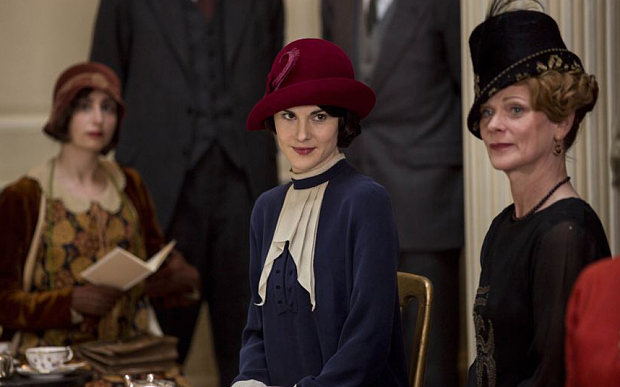 how does the daughter of an Earl jilt her suitor following an illicit “sketching trip” in a Liverpool hotel room? Lady Mary (Michelle Dockery) tried the simple tactic of honesty, explaining to Lord Gillingham (Tom Cullen) that she did not want to marry him, but to no avail. He insisted she should follow through all the way to the altar, with the threat that he could ruin her reputation hanging in the air between them like halitosis.

This was a brazen piece of plot recycling. Long before Gillingham unpacked his case, we had Lady Mary’s good name imperilled by the scandal of the Turkish diplomat who expired in her bed. This was consistent with a general pattern. Previously, we watched house maid Gwen (Rose Leslie) learn to type as a way out of domestic drudgery; now it’s cook Daisy (Sophie McShera) who is taking lessons in maths and dreaming of a life beyond sunken soufflés.  And don’t even get me started on the unremitting woe of the Bates (Brendan Coyle) murder plotline, with its many grim parallels to his predicament in earlier series something something Bates drivel.

rest at the source