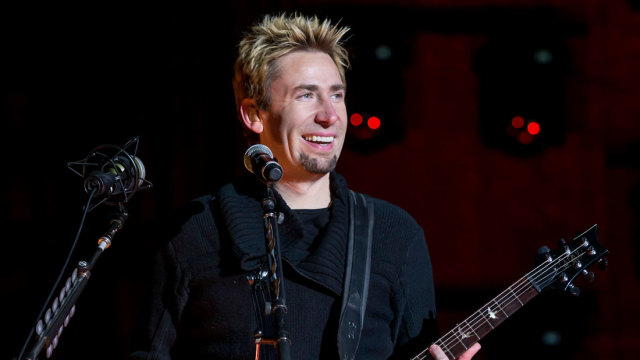 Nickelback frontman Chad Kroeger has laughed off an online attempt to have his outfit banned from the UK.
And he says that if haters hadn't kept raising the quartet's profile over the years, they'd probably have split up by now.
Londoner Craig Mandell launched his bid this week, calling on fans to donate to his appeal with the aim of ensuring "that the band do not schedule any gigs here, do not attempt to come here – nor even phone here."
He set a $1000 target, which he's vowed to donate to charity – although he's only raised $270 so far.
Kroeger tells The Pulse Of Radio: "I love it. More controversy that surrounds either myself, my personal life, the band, whatever – I think it's hilarious.
"All these critics, they're just tireless. They keep ragging on the band. If they had stopped writing all this stuff about us, there would be no controversy left in the band and we probably would have died out years ago. They don't know that they're still responsible for us being around today."
He adds: "I hope the money goes to charity and not in this guy's pocket."
Nickelback will release eighth album No Fixed Address on November 3.