Director opens up about canceled Y: The Last Man movie 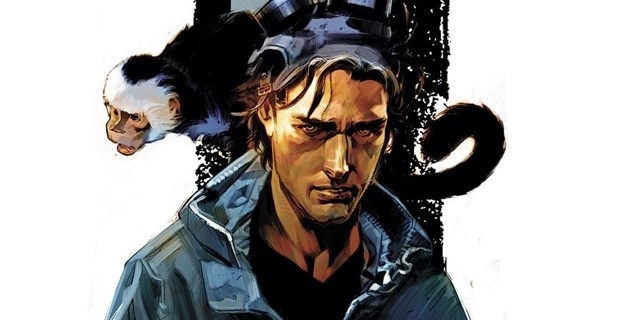 Now that the movie version of Y: The Last Man is officially dead -- again -- its most recent director has opened up about the project.

Yes, that's right: The long-in-development big-screen adaptation of Brian K. Vaughan and Pia Guerra's hugely successful and outstanding comic-book series is no longer happening. The latest man hired to direct the film. Dan Trachtenberg, confirmed as much on Twitter, adding that the rights to the book had reverted back to its creators (Trachtenberg himself is now prepping a film for Bad Robot called Valencia).

Slashfilm got in touch with Trachtenberg, who admitted that the rights had reverted several months ago and that he was "truly sad" that the film was no longer happening. He also took a little time to elaborate on his thoughts about the project. For starters, he stated something that probably many people felt:

Like everyone else who’s a fan of the series I had always wished it either remain in its comic book form. Or, if it must be made, a TV series would be the only thing that would suffice.

In other words, he was intrigued by the idea of making something with the quality of what we see now on TV but within the confines of a feature film. Explaining that the movie would have been based on the first two trade collected editions of the book, he said:

I was excited to make an ADVENTURE movie, with swashbuckle, that was fun and funny but had something to say. Which is something that is distinctly BKV. Having real, true, honest ,people stuff amidst the big, fun, action stuff. We were in many ways quite faithful to the comic, though some characters were combined and some events re-arranged and some brief moments of action we dug into to create bigger action/adventure sequences.

The script was essentially the first two trades. Taking inspiration from the original Star Wars (Episode 4) -- we wanted to tell a complete story...but not the whole story. Hoping that, in success, we could get tell the rest of our serialized adventure.

Trachtenberg finished up by saying how much he enjoyed working with the producers and writers and especially Vaughan, who he called "such an inspiration to me over the years ... as great a person as he is a writer."

With the rights now back in Vaughan's hands, Trachtenberg added, "I’m not sure Brian will ever want to do anything more with it, and I’m not sure that he needs to."

The director did not specify why this iteration of the movie ultimately fell apart -- joining several other attempts -- but as he alluded above, it doesn't seem as if Vaughan is likely to give someone else the option to try again in the immediate future. Of course, that could change at any time. If it does (and, ultimately, I think a TV series would work best), then hopefully Y: The Last Man will get the adaptation it so richly deserves.