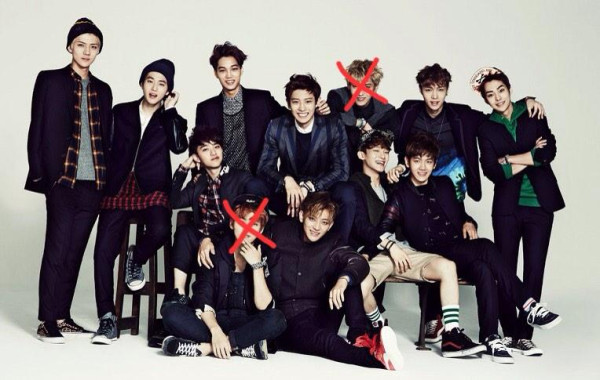 Luhan wants to terminate his contract with SM

Luhan, the Chinese member of K-pop boy band EXO, filed for the termination of his exclusive contract against S.M. Entertainment chief executive Lee Young-man and the star agency on Thursday.

Luhan submitted the legal documents to the Seoul Central District Court allegedly to partially nullify the exclusive contract that he had signed on entering the country’s largest entertainment agency by market capitalization.

Although the specific cause of the lawsuit was not publicly revealed, he is expected to wage a legal battle similar to that of former EXO leader Kris. Kris, too, sued S.M. on May 15 to end his exclusive contract, citing exploitation of basic human rights.

Luhan entrusted the case to Hankyul Law Group, the law firm that also represented Kris.
Prior to the court filing, Luhan has been mostly absent from the entertainment scene, citing health issues. The singer also excused himself from EXO’s first exclusive concert in Bangkok, Thailand, Sept. 13 through 14, allegedly due to a headache.

After Luhan’s case was reported, S.M. Entertainment could not be reached. In recent years, the abuse controversy involving K-pop stars and their agencies has gained public attention, with a series of legal actions by globally popular singers. The three former members of TVXQ, now JYJ, Hankyung of Super Junior and Kris of EXO have taken legal action against S.M. Entertainment.
SM's statement

"The agency learned of Luhan's lawsuit through a lawyer.

We are shocked because the lawsuit was suddenly filed while we were in the process of negotiating his future schedules and activities after he expressed his wishes to focus more on his individual activities in China more so than EXO group activities as well as matters concerning his health.

As it was with Kris's case, when a lawsuit is filed for no actual reason by using the same pattern and lawyers after a gaining a lot of popularity as a star through group activities, we see this as a suit that was filed because of one prioritizing one's self and ignoring the understanding of the contract with the agency as well as everyone involved in the contract and the activities with the group. We believe there is someone behind the scenes who is pulling the strings.

Regarding these kinds of situations, the agency plans to actively respond to them with our partners overseas including those in China as well as legal experts.

EXO's future activities will also proceed on as scheduled."

Oop at SM. What a year lol.