CBC’s Strange Empire: A western where women run the show

A fateful meeting in 1869 Alberta-Montana border country leads to tragedy, a struggle for survival and the search for justice and renewal.

STRANGE EMPIRE is a Western whose heroes are women. With most of their men gone, and those who remain battling for control, the women struggle to survive, to find their independence, and to build a life in which to thrive and raise families. Starring Cara Gee as Kat Loving, Melissa Farman as Dr. Rebecca Blithely and Tattiawna Jones as Isabelle Slotter. 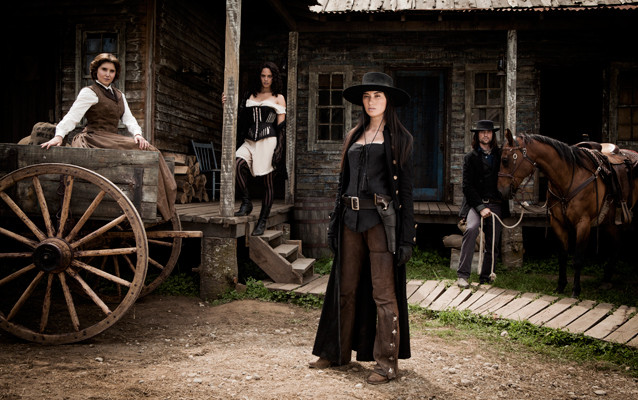 Set in 1869 on the Alberta-Montana border, the new series premiering Monday stars Cara Gee, Melissa Farman and Tattiawna Jones. After most of the men in their community vanish in mysterious circumstances, the trio of women must fight for their independence and survival.

“We are definitely in distress, but by no means are we damsels,” said Farman in a summer interview.

Gee stars as Kat Loving, a bold Metis woman determined to rebuild her family after a sudden loss. Farman plays Dr. Rebecca Blithely, a mildly autistic savant whose intelligence is thought to be a rare anomaly for her gender. And Jones is Isabelle Slotter, the spiritualist daughter of freed slaves.
“Thousands and thousands of women like this actually existed. Their stories just haven’t been told,” said Jones, an Ontario-born actress best known for Flashpoint.

“We’re showing the story of our foremothers, not just our forefathers,” agreed Farman. “The western is a myth of origin. As a nation, it’s our tale of beginnings. Women are part of that beginning. So it’s very exciting, and I think we’re honoured to be part of that kind of storytelling.”

Strange Empire, from Durham County writer Laurie Finstad-Knizhnik, has been touted by the CBC as an example of the bold new direction the public broadcaster is taking.

Gee said it was interesting to see the CBC take a chance on the series. The half-Ojibwa actress was crowned one of the Toronto International Film Festival’s rising stars last year.

“It’s unlike anything else that’s on TV right now, and it’s so dark,” she said.

All three actresses count themselves lucky to land the series, which is shot in B.C.

Farman, who was born in New York to a Canadian mother and French father and has appeared on Lost and HBO’s Game Change, called it an “incredible show.”

“I’m working with the two most talented, amazing young actresses,” she said. “We’ve got an incredible showrunner, women producers, and we’re all excited about telling a story that’s going to be so groundbreaking. We’re taking a genre and turning it over its head.”

“The western is a genre that’s very convention-laden and cliche-ridden. The roles for women are particularly tiny and minimal,” she said. “I wanted to explode that, just for the fun of it.” 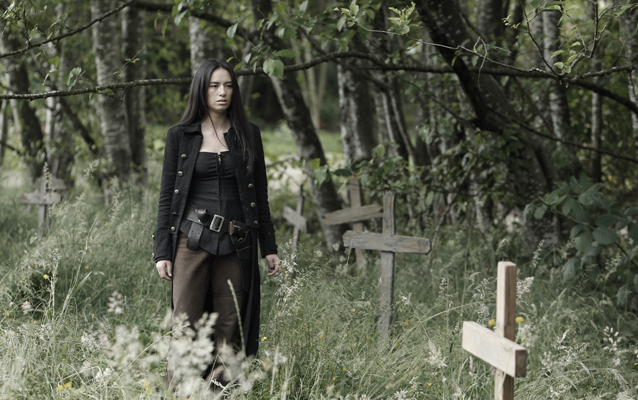 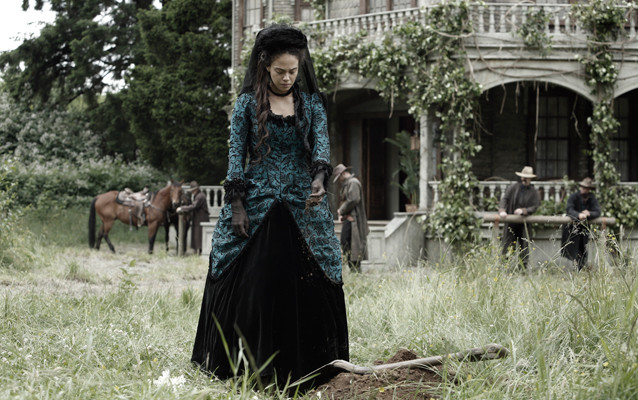 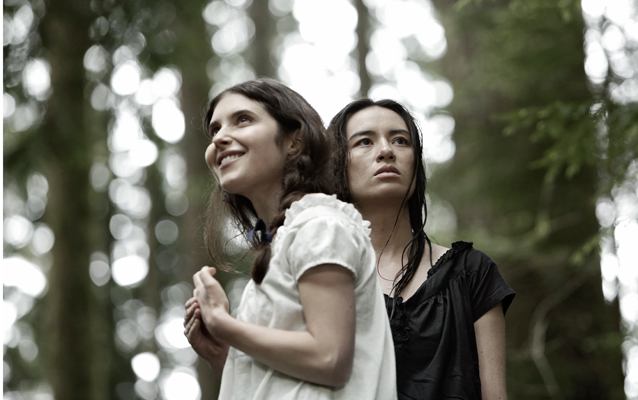