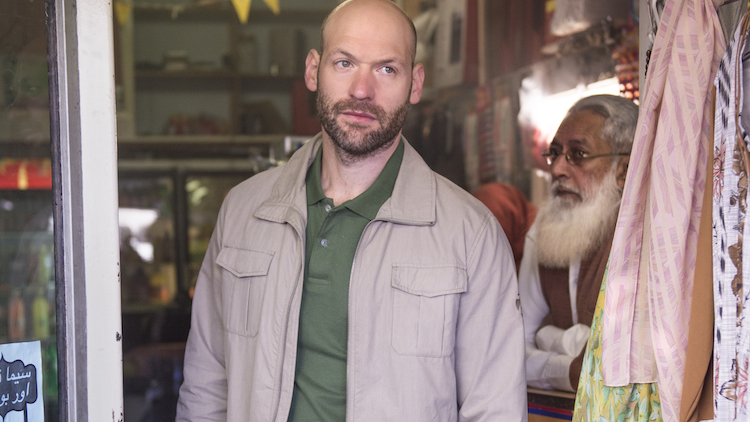 Spoilers for the Season 4 premiere of "Homeland," "The Drone Queen," are contained in this article.
The first episode of "Homeland" Season 4 has aired, and jaws are surely on the floor after the shocking, jarring ending of "The Drone Queen." Corey Stoll's character Sandy Bachman only managed to live to the end of one episode on the Showtime drama before his bad call meeting a source who seemingly turned on him led to his demise. But it wasn't just any demise. Instead, "Homeland" violated the laws of TV logic by having Sandy's seemingly secure escape attempt thwarted by an angry mob. Typically when a car shows up to rescue someone from impending doom on a television show -- in this case, the car was driven by Peter Quinn (Rupert Friend) and Carrie Mathison (Claire Danes) -- the person is protected within the confines of the vehicle, but that wasn't the case here.

Instead the car was attacked by Pakistani citizens furious about the drone strike Sandy ordered which hit a wedding, and Sandy was dragged out of the car and beaten to death while Carrie and Peter had to drive away and leave him behind. It was a horrifying, thrilling piece of television to watch, and one that successfully leaves the viewer shaken like Carrie and Quinn.


me after Sunday's episode: