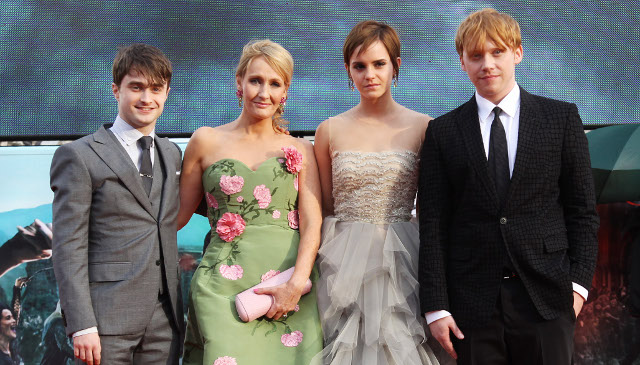 J.K. Rowling has sent Harry Potter fans - including me, obviously - crazy with her latest tweet where she dropped a GIGANTIC RIDDLE:

I've been puzzling over this for a good 30 minutes now, and all I've got is a headache and a loss of faith in my Scrabble skills...

But! An eagle-eyed Redditor noted J.K.'s riddle is a perfect anagram for:

Harry returns! Won't say any details now. A week off. No comment
SERIOUSLY?! There are not enough joyful emoticons to express how I feel if J.K. really is bringing Harry back...

But HOW could Harry return?

We know that Harry becomes the head of the Auror office. It would be amazing to find out what other epic battles against evil Harry fought in. I mean, just look at how great he was as a kid - imagine what he could do as a grown-up!

Two more theories at the source
What do you think J.K.'s Riddle means?

Is the return of Harry?