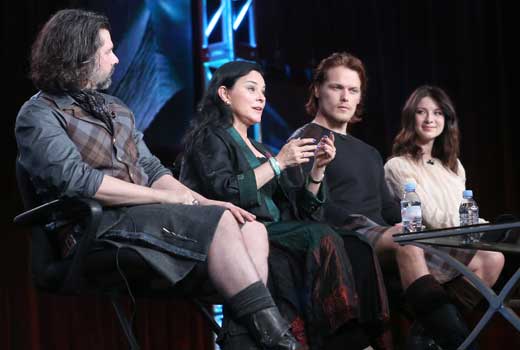 Diana Gabaldon’s genre-bending series, “Outlander,” was a hit well before there was a TV series based on the books. The eight novels, which center on a time-traveling British nurse who falls in love with a Scottish warrior, have more than 25 million copies in print and are published in about 40 countries.

But a TV show can turn a best-selling series into a blockbuster (just ask George R. R. Martin). When “Outlander” had its premiere on Starz in August, the first novel hit No. 1 on the best-seller list for the first time, 23 years after it was published. New readers apparently became hooked: The next three books in the series have also reappeared on best-seller lists.

Ms. Gabaldon recently signed a multimillion-dollar book deal for the ninth novel in the series, with Ballantine Bantam Dell. Ms. Gabaldon’s literary agent, Russell Galen, said he waited more than a year to negotiate her new contract so that he could leverage the increased interest from the TV show. Mr. Galen wouldn’t disclose the exact amount of the deal, but said that the novel sold for more than $6 million — more than twice the amount Ms. Gabaldon received for Book 8, in 2010.

For Starz, developing a show with a rabid, built-in fan base held obvious appeal, and the network courted Ms. Gabaldon’s readers from the start. Last fall at New York Comic Con, the network showed the early production stills and artists’ sketches of the characters to a focus group of 200 Outlander fans. Before the show began, Starz put the first episode up for free sampling on YouTube and other sites for a week, drawing some 1.4 million viewers. The show, which will resume in April, has drawn largely positive reviews. (Buzzfeed called it “the feminist answer to ‘Game of Thrones.’ ”)

The first season of “Outlander” on Starz averaged five million viewers an episode, including people who watched the show on demand. Starz has ordered a second season based on “Dragonfly in Amber,” Book 2 in the series.

Ms. Gabaldon, who works as a consultant on the show, said she never planned to write more than one book.

“I wrote ‘Outlander’ for practice, never intending to show it to anyone, because I just wanted to learn how to write a novel,” she said. At the time, Ms. Gabaldon, who has a Ph.D. in quantitative behavioral ecology, was a researcher at Arizona State University. She decided to set the novel in the past so that she could draw on historical events.

Which Outlander Character are you?

OUTLANDER has captured the world’s attention but if you could be transported back to 18th Century Scotland, the setting of the books and TV series, which of its fabulous characters would you be? Take our quiz to find out. 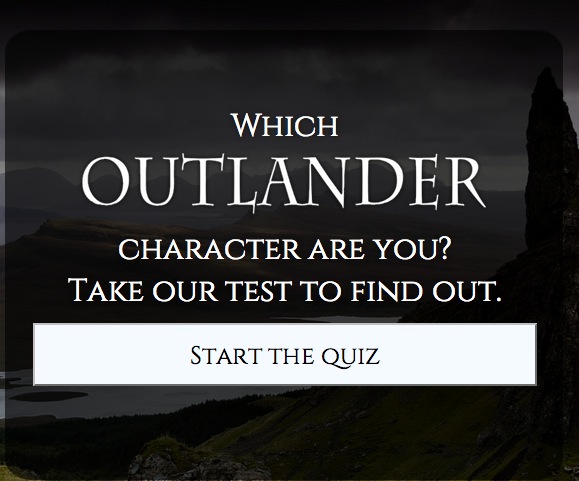 .@TobiasMenzies thank you hubby ... @Heughan sent quite the birthday pressie, the bar has been set... Now over to you xxxx

@caitrionambalfe @Heughan OK, what did the other one give you?

A happy birthday to the wonderful @caitrionambalfe !! Love you loads. Can't wait to see http://t.co/EHQJiEnPX5

Only way to get through the hiatus.