Sleepy Hollow took us by complete surprise last year.  From the premise alone, we were expecting it to be godawful. A modern-day Sleepy Hollow in which Ichabod Crane winds up in present-day and the Headless Horseman is terrorizing the streets? Where Ichabod Crane must team up with a young African-American female lieutenant to stop the apocalypse from happening? Washington Irving must be rolling in his grave.

He might still be, but, somehow, it worked for us. The chemistry between Abbie and Ichabod was a huge selling point, and the horror of the monsters sent to destroy them never failed to creep us out. The show manages to not taking itself too seriously, but invests a lot of time into developing these character and getting us to root for them. The season finale’s big twist (which we won’t spoil here for those who haven’t yet seen it) rates among our favorite ‘holy shit’ moments in television. Above all, Sleepy Hollow has Nicole Beharie and Tom Mison – and those two are what keeps this show afloat.

(And none for Katrina Crane. Bye.) 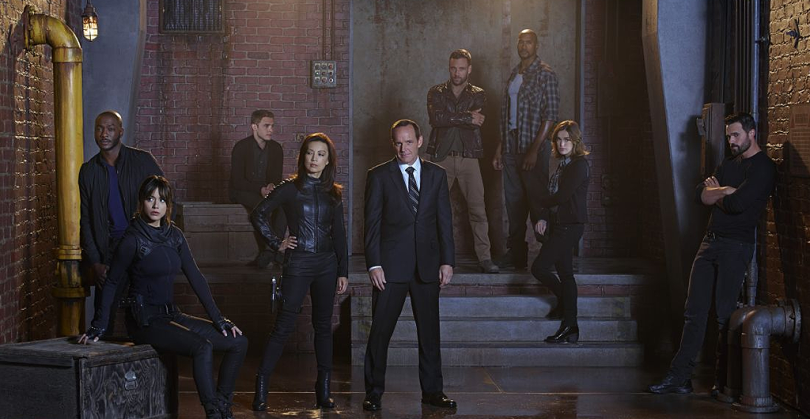 While it was a struggle to get through, Marvel’s Agents of S.H.I.E.L.D. on ABC got much, much better towards the end of its first season and we’re interested to see if the show can continue that momentum into Season 2. There was some major plot twists and big reveals and the creators really upped the stakes, thanks to Captain America: The Winter Soldier, which they were able to borrow heavily from.

Agent Triplett (B.J. Britt), who was introduced in the second half of the first season and immediately struck up a flirtation with biochemist Jemma Simmons (Elizabeth Henstridge), will be back as a member of the team. In a cast photo, two new additions to the team who we didn’t get to see in Season 1 are shown – mercenary Lance Hunter (played by Nick Blood) and mechanic Alphonso “Mack” Mackenzie (played by Henry Simmons). Lucy Lawless will also guest star as Agent Isabelle Hartley, with Twin Peaks‘ Kyle MacLachlan appearing as a mysterious Doctor.

A spin-off series, Agent Carter, starring Hayley Atwell, will premiere in 2015. Agents of S.H.I.E.L.D. is back for its second season on Tuesday, September 23rd. We’re on the fence when it comes to ABC’s Scandal. All the ‘WTF’ and ‘OMG’ moments is what makes the Shonda Rhimes show so addicting to watch, but Season 3 may have had one too many ‘WTF’ and ‘OMG’ moments for our liking. We take issue with the very problematic way the writers handled Mellie’s rape storyline, which – by the way – was introduced completely out of the blue.

But, for whatever reason, Scandal is impossible to quit. Perhaps we’ve just gotten way too invested in Olivia Pope’s life. We’re hoping beyond hope that she somehow gets her shit together and ends up with a normal, unmarried guy who isn’t a killing machine or the President of the United States.

Watch the Season 4 premiere of Scandal on Thursday, September 25th.

which shows are you excited for, ONTD?