Big Sean Says He and Girlfriend Ariana Grande Have "Great Chemistry" Together, Hints at More Collabs

Big Sean is opening up about his relationship with girlfriend Ariana Grande — well, kind of! The rapper, who has collaborated with the powerhouse singer on the tracks "Best Mistake" and "Right There" told MTV News that the duo have insane chemistry. 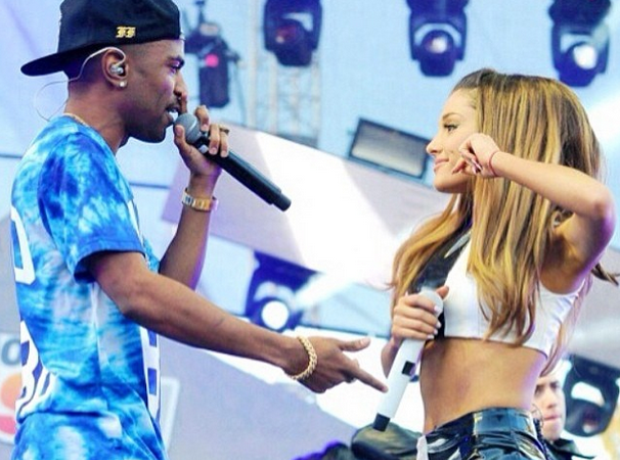 "I was the first rapper to perform at the White House," the Finally Famous rapper said. "I performed there with Ariana, so that was an honor. [We] make a lot of music together and the chemistry between me and her when we work is great."

"We got more in the works, too," Naya Rivera's ex-fiance added. "I feel like her voice is crazy, [just] that big voice that comes out of her is insane … I was probably one of the first people to ever tweet about her music. We've been friends for years before anything else."

Big Sean, who recently dropped four new tracks off his upcoming album, Hall of Fame, wouldn't dish it all out, though. "You've got to wait and see. I can't spill the beans," he teased of the couple's future plans for possible collaborations.

After he released his new music, including the song "I Don't F--k With You," which is rumored to be directed towards Rivera, Grande supported her beau via Instagram. "#IDFWU #PARADISE #4THQUARTER #JITJUKE Huge congrats to @bigsean u are so deserving of all the good things happening for u & this new music is everything," she wrote.

The couple's chemistry translates outside the studio as well. An insider previously told Us Weekly that the pair's relationship has "gone from 0 to 60 fast" and that they had "chemistry immediately."