Is Ariana Grande a diva?

Rumors are swirling that Ariana Grande is a diva and one report in particular seems to have set her off.

In a new series of 7 tweets, Grande indirectly responds to an article that alleges she did not exactly have a kind message for her fans.

The New York Daily News reports that while the 21-year-old singer was visiting a Manhattan radio station this summer where she happily greeted fans. "She did autographs and pics and was all smiles until she got into the elevator," according to an industry insider. "And as soon as the doors shut, she said, 'I hope they all f**king die.'"

Today, Grande is fighting back the rumors and telling her fans that she is full of nothing but love.

She even goes as far as quoting Rent and the hit song from the musical, "Seasons of Love." 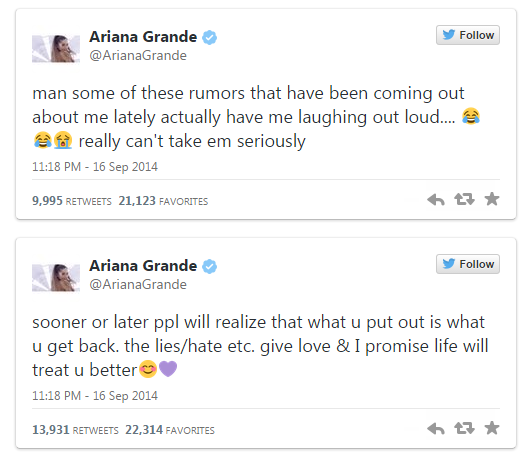 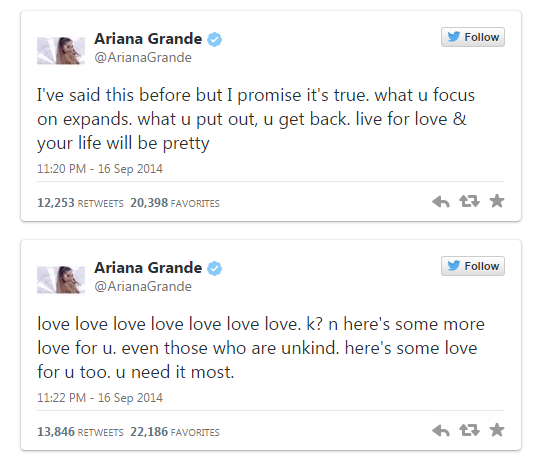 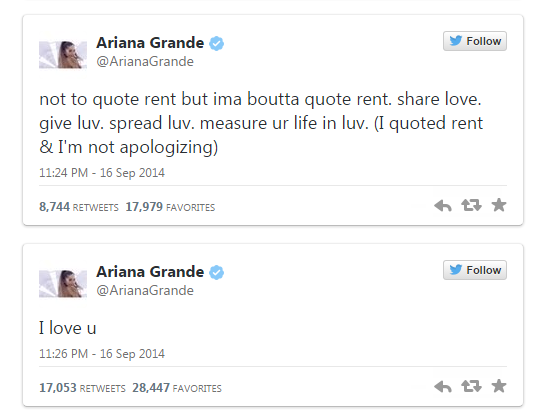 This isn't the first time Ariana and her team have had to do damage control fight rumors. Australian media outlet News.com.au, reported a recent incident in Australia where the pop star allegedly had a strict list of demands and asked for several photos to be deleted before canceling the media event all together.