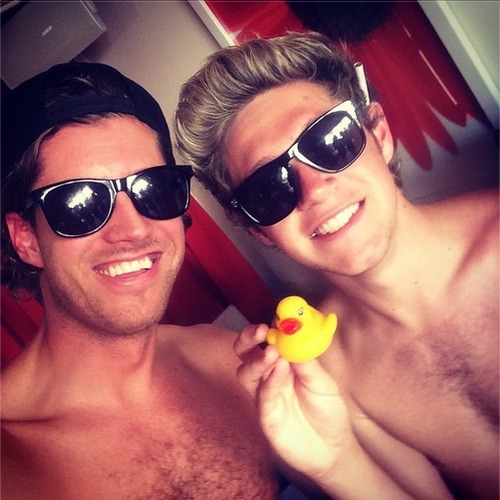 The One Direction boys having been living it up in Las Vegas for Niall Horan's 21st birthday.
And it seems no one has been partying harder than Liam Payne, who was allegedly forced to visit the emergency room in the gambling-mad city after he injured his hand while break dancing.
A source told MailOnline that the Best Song Ever singer 'got a bit carried away' as he was busting a move during his Irish band mate's celebrations on Sunday night.

Several fan accounts shared pictures on social media showing Liam nursing an enormous cast on his right arm while posing with pals in a rooftop pool at an exclusive hotel. 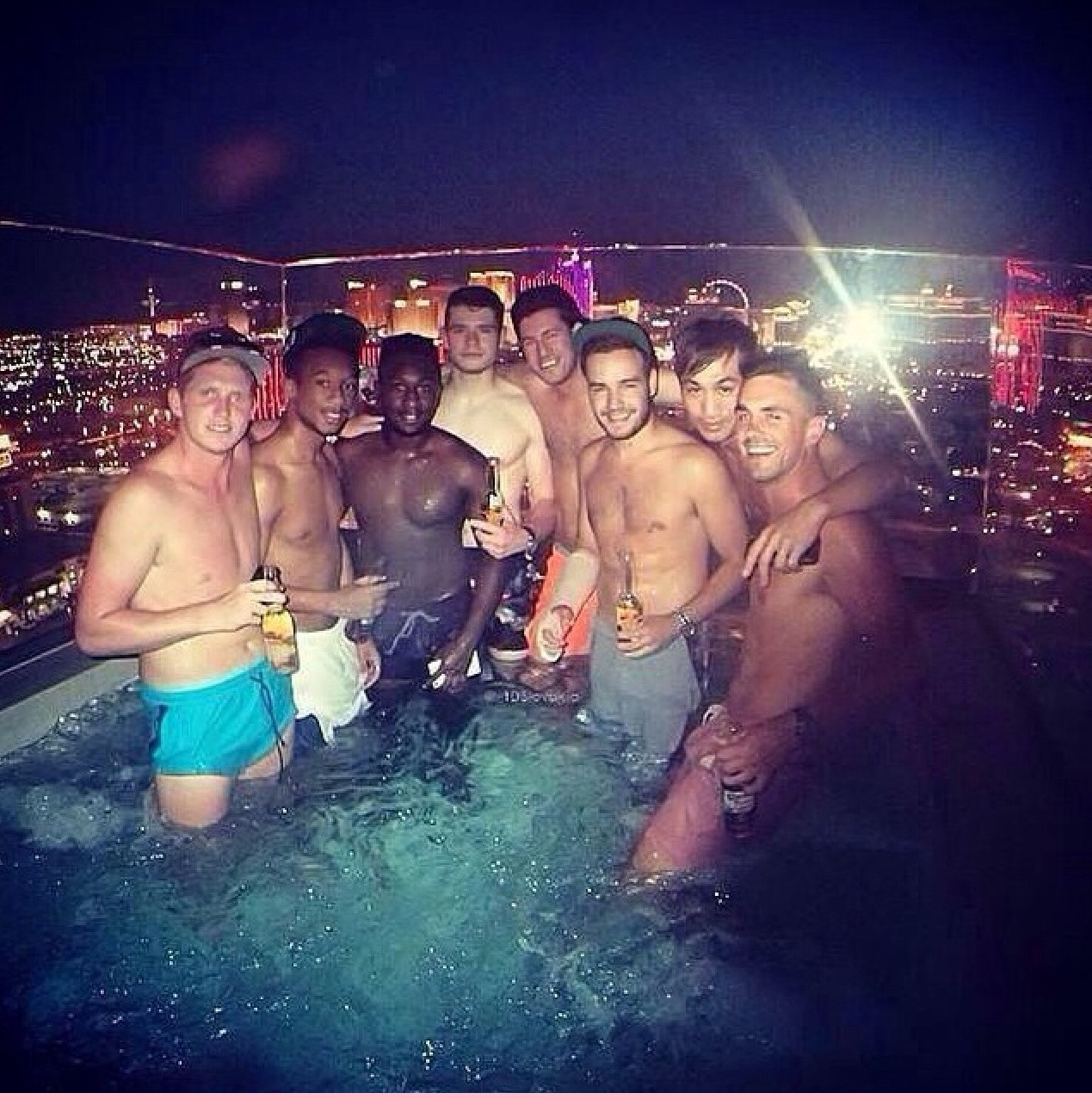 Despite his loyal followers going into meltdown on Twitter and demanding to know what had happened to his arm, the 21-year-old hunk's injury didn't appear to have ruined his evening since he was clutching a beer in his other hand.
MailOnline reached out to the boys' representatives for comment, who insisted that Liam had injured his arm 'whilst training'.

“@theliamssmile: @AndySamuels what happened with liam's arm????” We decided to break dance, he got carried away. You know how it is haha 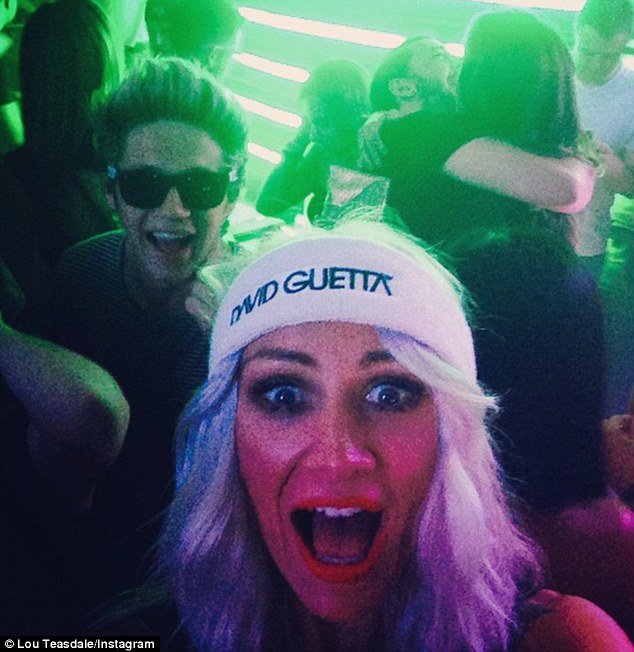 They were invited on the guest list to support JLS singer-turned-DJ Marvin Humes as he warmed up for superstar David Guetta.
Lou shared a shot on Instagram of her taking a selfie on the dance floor with an over-exciting Niall striking a pose in the background. She simply captioned the image: 'Clebbin'. 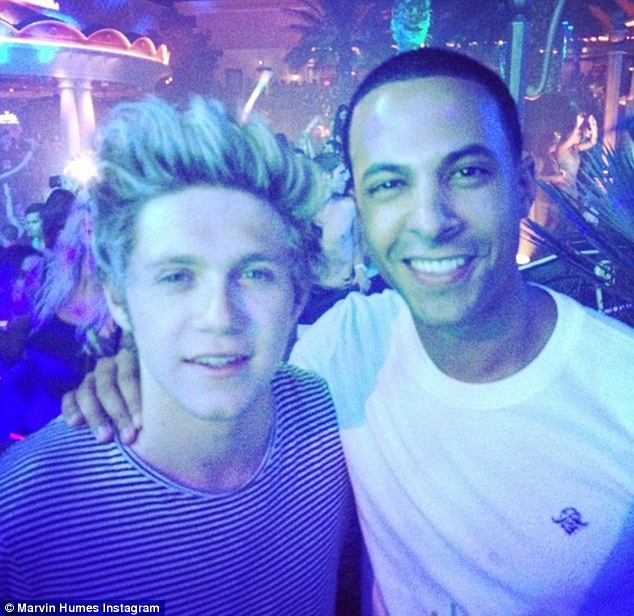 Always nice running into @NiallOfficial when he is on the toilet.. 😳

Marvin also shared a snapshot of him with Niall, adding: 'Very special night with this guy! Happy 21st Birthday @NiallHoran we tore the place up! Boom!!!'

And it seems several other celebrities encountered the birthday boy during his big night out.

Joe Jonas tweeted: 'Always nice running into @NiallOfficial when he is on the toilet..'

It's unclear whether or not Louis Tomlinson attended the bash but Zayn Malik was seen shirtless by witnesses at a Vegas hotel enjoying a day by the swimming pool. 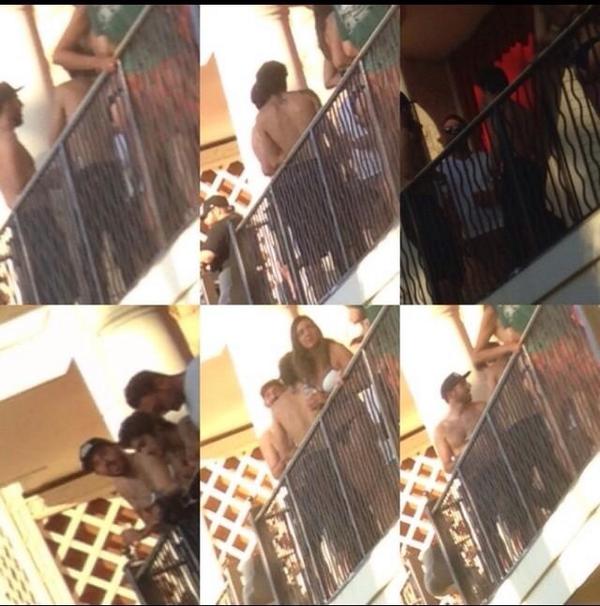 Harry Styles, 20, was forced to miss out on the action due to being under the legal drinking age and was unable to enter the clubs in Sin City.

One Direction were also celebrating the end of three sell-out shows at the infamous Rose Bowl stadium as part of their Where We Are tour this weekend.

The 92,000-capacity venue - which has been headlined by the likes of Michael Jackson and Rihanna - is believed to have been one of the lads' biggest gigs to date.