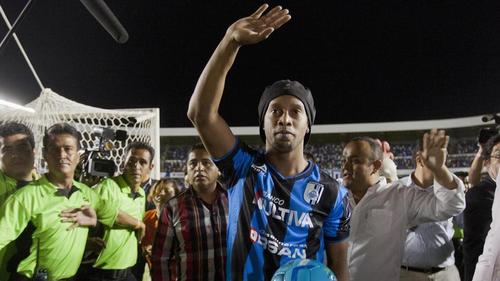 His move had widely been greeted with excitement across the country but, sadly, not in all quarters.

A member of the conservative National Action Party, Carlos Manuel Trevino Nunez, has launched a racial tirade at the former world player of the year on Facebook.

The offending message has now been deleted but a screenshot of which can be seen below: 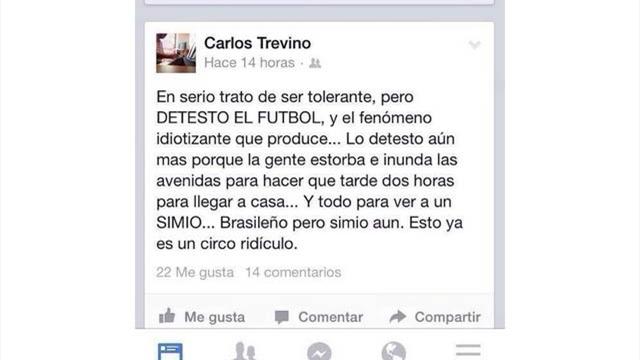 "I try to be tolerant but I hate football and the dumbing down phenomenon it causes," he wrote.

"I hate it even more because people obstruct and flood the street, and it took me two hours to get home, and this was all for an ape; Brazilian but an ape nonetheless.

"This has become a ridiculous circus." the post concluded.

In response, Ronaldinho's club issued a statement calling for the politician to be punished.

"After the shameful publication on social media by Mr Carlos Manuel Trevino Nunez insulting our player Ronaldo de Assis Moreira 'Ronaldinho,' we call on the authorities to look into the matter," it said.

When Ronaldinho was unveiled as a Queretaro player he made clear that his intentions were right in line with his reputation when it came to women and success.

The decorated party machine was very blunt about his aims at his first press conference.

"I've always lived in the same way and with every team I've been a champion. I hope to keep doing the same and continue winning titles and girls," he told Mundo Deportivo.

At 34-years-old, it seems Ronaldinho has decided to be upfront about the lifestyle that has prompted many clubs and critics to question his commitment to the game.