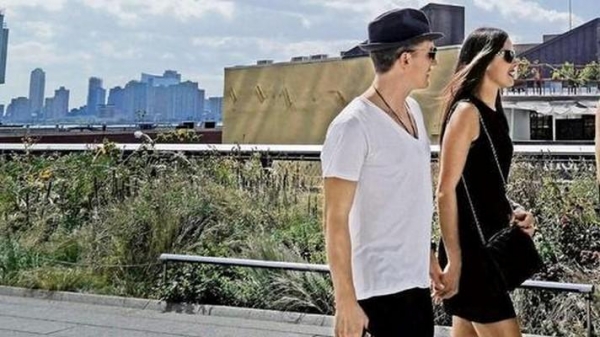 On Sept. 11, German news outlet Bild.de, posted a picture of Schweinsteiger walking hand in hand with a mystery woman. The picture was altered, enough to thrill people, to hide the identity of the woman.

However, Bild eventually disclosed the true identity of the woman and revealed it was the 10th-ranked female tennis athlete Ana Ivanovic. According to Bild, Schweinsteiger and Ivanovic acted intimately and relaxed during their stroll in Manhattan. However, nothing has been officially confirmed yet.

Ivanovic has reportedly dated a number of athletes in the past. She has dated fellow tennis player Fernando Verdasco in 2008, but parted ways a year later.
As for Schweinsteiger, he used to date model Sarah Brandner. In Schweinsteiger's profile in the Bundesliga website, it has been said he met Brandner while shopping in Munich. Then, he stumbled upon her again during a vacation in Ibiza.
Neither Ivanovic nor Schweinsteiger have commented on the rumour. Ivanovic is currently in Tokyo as seen on her latest social media post. She will compete in the Pan Pacific Open, which starts on Sept. 15. In August, Ivanovic nominated Schweinsteiger for the ice bucket challenge.

Praying Mats and Cathy break up next...