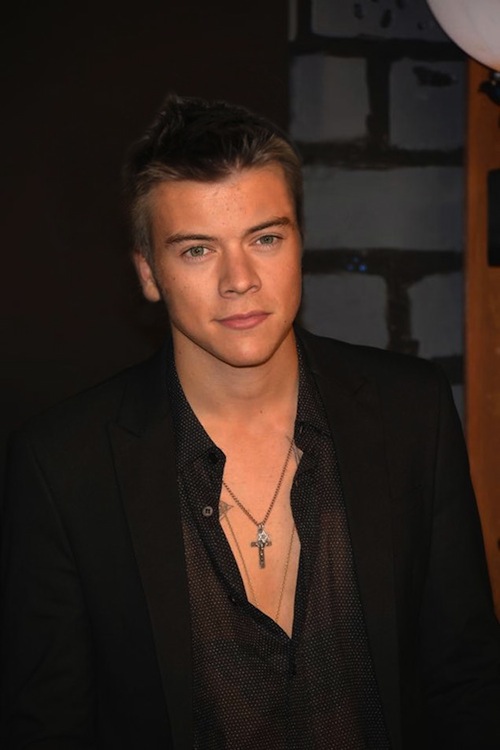 The singer beat out 27 other prominent figures including rabbis, historians, and multi-millionaire philathropists.

The difference between him and the bottom 27? They are all Jewish and Styles is not.

"The One Direction star may not be Jewish but he seems very much at ease with a Jewish lifestyle. He was pictured wearing a silver Star of David at the Teen Choice awards and makes regular references to Jewish life on Twitter, hangs out at kosher eateries and is not afraid to throw the odd Yiddish word or two into the conversation.

Thanks to his close relationship with Jewish music video director Ben Winston, his Jewish knowledge is stronger than one has any right to expect from a 20-year-old boy-band singer from rural Cheshire. Thanks to Styles, millions of British teens have become familiar with Purim, Pesach and shepping nachas."


SMH @ Harry's sugar daddy Ben getting him on list. The dick must be good though, I mean...