Cumberbatch to Play a Villain in Batman v Superman (aka Dragonball Evolution: The Re-Up)? 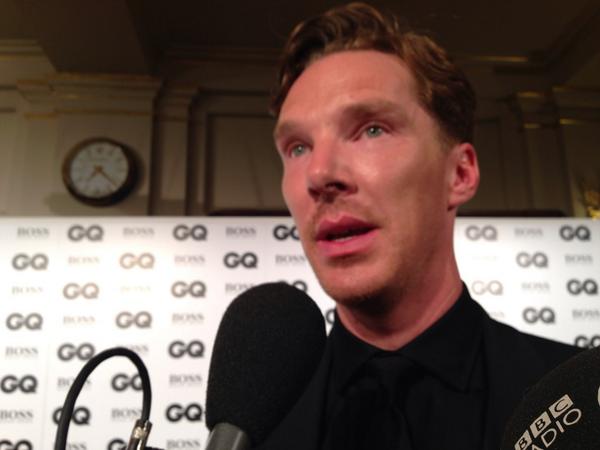 In the current movie climate, hardly a week goes by where Benedict Cumberbatch isn't linked to a major role in a major movie, usually one adapted from some sort of major geeky source material. Maybe it's because the man - both Sherlock, Khan and Smaug, remember - has some serious geek cred. Maybe it's just because he's a great actor. Or, perhaps, he's just got an agent to die for.

Not matter the reasons, though, the latest bird-like rumor to hit the metaphorical windmill of Hollywood buzz - that Cumberbatch is set to feature in Batman v Superman: Dawn of Justice - might just be a little bit more for real than usual.

After all, this time, the man himself is very pointedly not denying it. 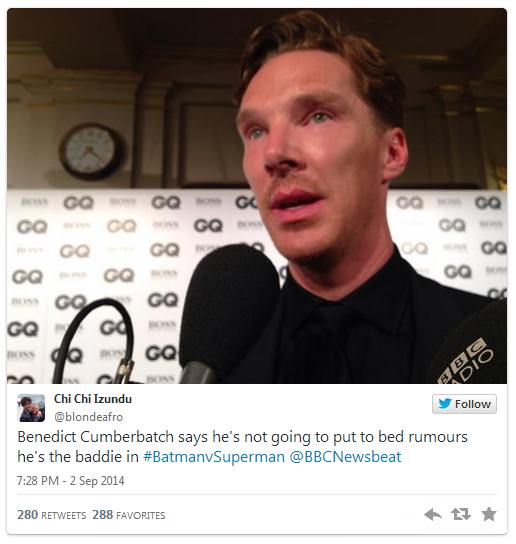 Now, obviously this remains very much within the realm of rumor - and one deflected question to a British journalist does not a confirmation make - but all the same, it's a big step. Cumberbatch is usually more than happy to deny his involvement in major tentpole pictures when he's, y'know, not involved in them - which means any sort of reluctance to outright refute rumors has to be given at least a second thought or two.

The big question then, is who he's set to play...

The above report, and much of the online buzz, has suggested that Cumberbatch is set to play a villain - but there have been murmurs suggesting a certain green hero, too.