The Sugababes name can return to its original members Mutya Keisha Siobhan! 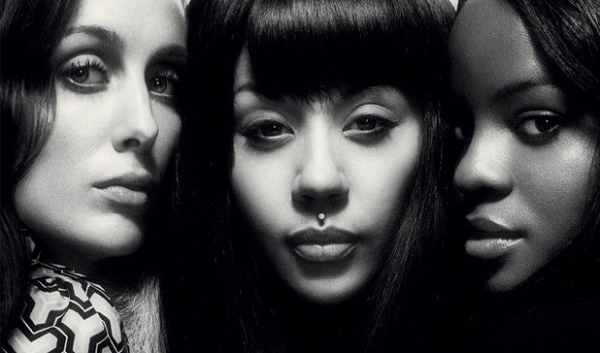 Amelle Berrabah has admitted that she would be happy for Mutya Keisha Siobhan to take back the Sugababes name if the current line-up don't reform next year. The singer - who is currently starring on BBC One's celebrity gymnastic competition Tumble - said that she is uncertain about her future in the pop group.
"I can see it happening," Berrabah told Digital Spy of a possible reform in the future. "It goes back and forth, because Heidi and Jade are both really busy at the moment doing theatre stuff. I know Jade has said she can never see herself being in the Sugababes ever again, which is quite final, but I know Heidi is probably a bit half-half. The only promise I will make, if we do release again towards the end of next year, we will all make sure each individual wants to be there 100%, otherwise it's unfair on the audience. You can definitely see through it."
However, Berrabah said that if they decide not to reform, they would be happy to hand the Sugababes name back to MKS, who were the original line-up. "If it doesn't happen, it's not meant to be," she continued. "Obviously everyone talks about the Sugababes name and what is happening with it, but I'm very easy-going. If we don't use it and regroup, I'd quite happily give it someone else and let them take the reins. (hmm sis u are talking like u own the Sugababes name and its legacy more than Mutya or Keisha) Whether it be MKS or another three random girls, or three little babies we're training right now in boot camp!"
SOURCE

team MKS is so MESSY. had they debut this song last year, they could have smashed and saved UK's pop girlband scene from the likes of Saturdays etc
Tags: british celebrities, music / musician (pop)
Subscribe