descending in a fine, atomized mist of rose water ( 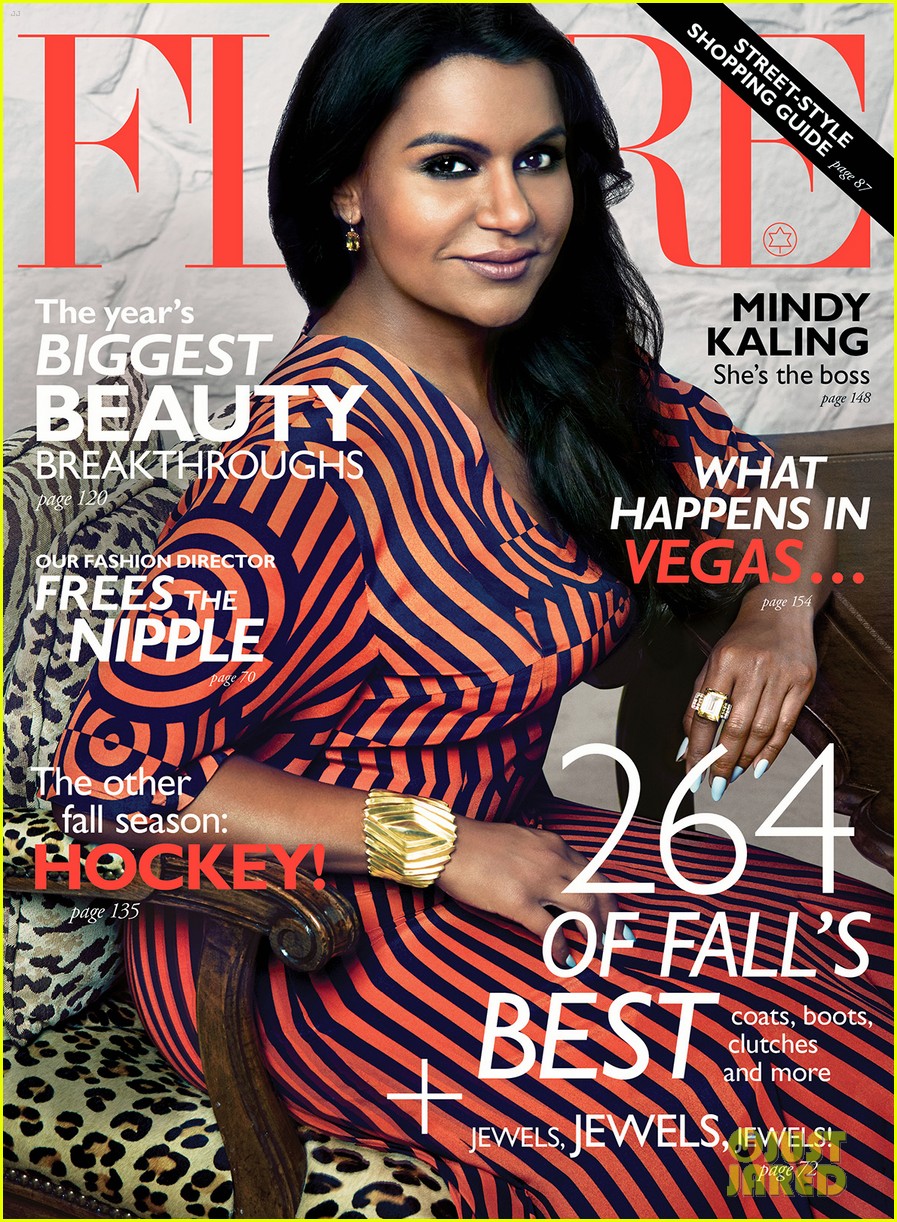 Mindy Kaling steps out from behind the curtains in this exclusive new pic from Flare magazine’s October 2014 issue, provided exclusively to JustJared.com!

Here’s what the 35-year-old actress had to share with the mag:

On sexism in the television industry: “Of course I’m riddled with doubts like every other creative, neurotic person, but if you don’t display them all the time, you’re seen as overconfident. I’ve worked in television for 10 years straight. If I were a man, it wouldn’t be considered strange [to have confidence] at all.”

On wanting kids: “This has been the first year I realized that if I want to have three kids, I need to get going.” 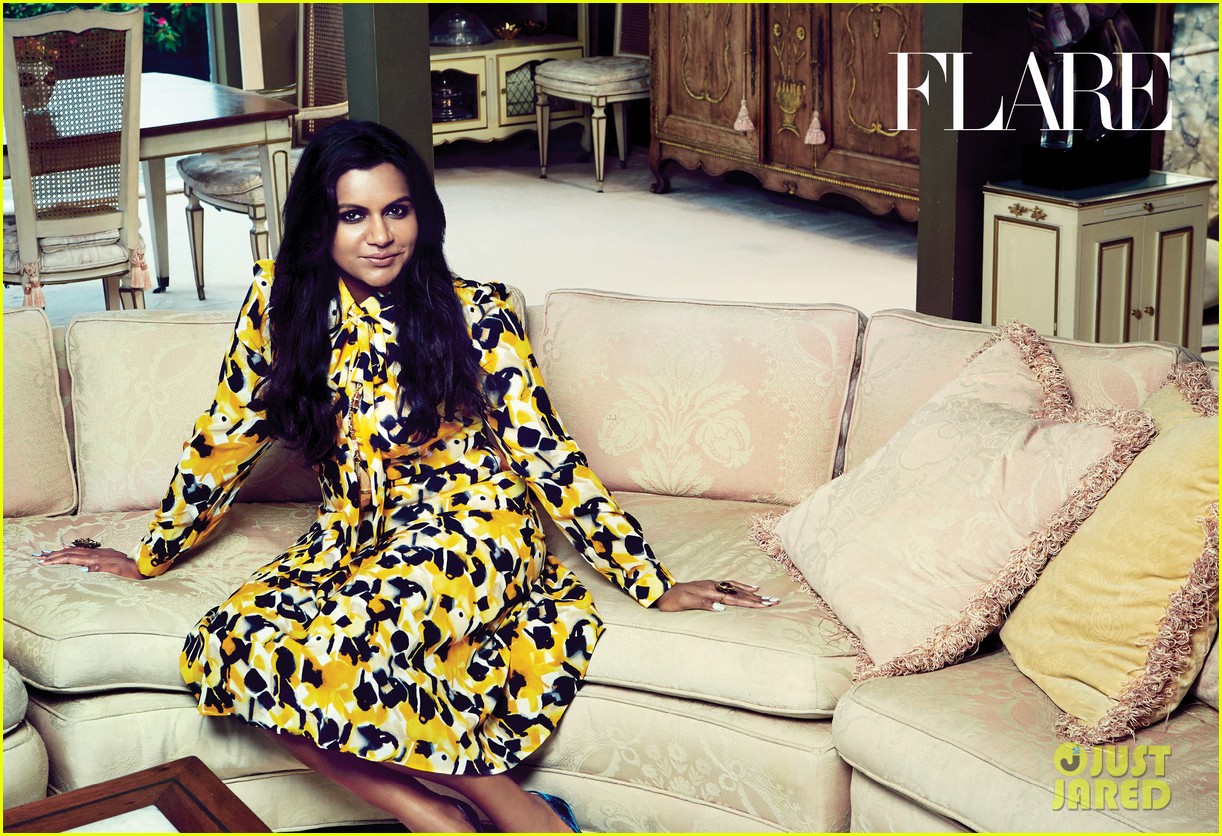 On the benefits of being single: “In my 20s, I was not only boy crazy, but marriage and relationship crazy. Now it’s almost the opposite. My work is so rewarding and I’m so self-centred about it that I’m kind of excited about not having to go home and ask someone about their day.”

... After picking at her burrito, Kaling reaches for the sugar bowl and digs out a cube: “This is far more delicious than my breakfast.” Mainlining sugar is just one of the character quirks she shares with her on-screen doppelgänger. “Mindy Lahiri is a heightened version of Mindy Kaling—they’re both very confident, very successful single women who have high-powered jobs, except Mindy is a boy-crazy maniac who doesn’t vote and spends most of her paycheques on emojis,” says Tracey Wigfield, an Emmy-winning former 30 Rock writer who joined The Mindy Project midway through season one.

On her first day, in a scene that could have occurred on either show, Wigfield accidentally walked in on Kaling in the washroom, mid-pee. “We got along famously after that. Mindy is so disarming and easy to know. She treats everyone like her best girlfriend from college, whether it’s me or the hair and makeup ladies,” says Wigfield. “But she is a leader. She is super-decisive and knows exactly what she wants.” 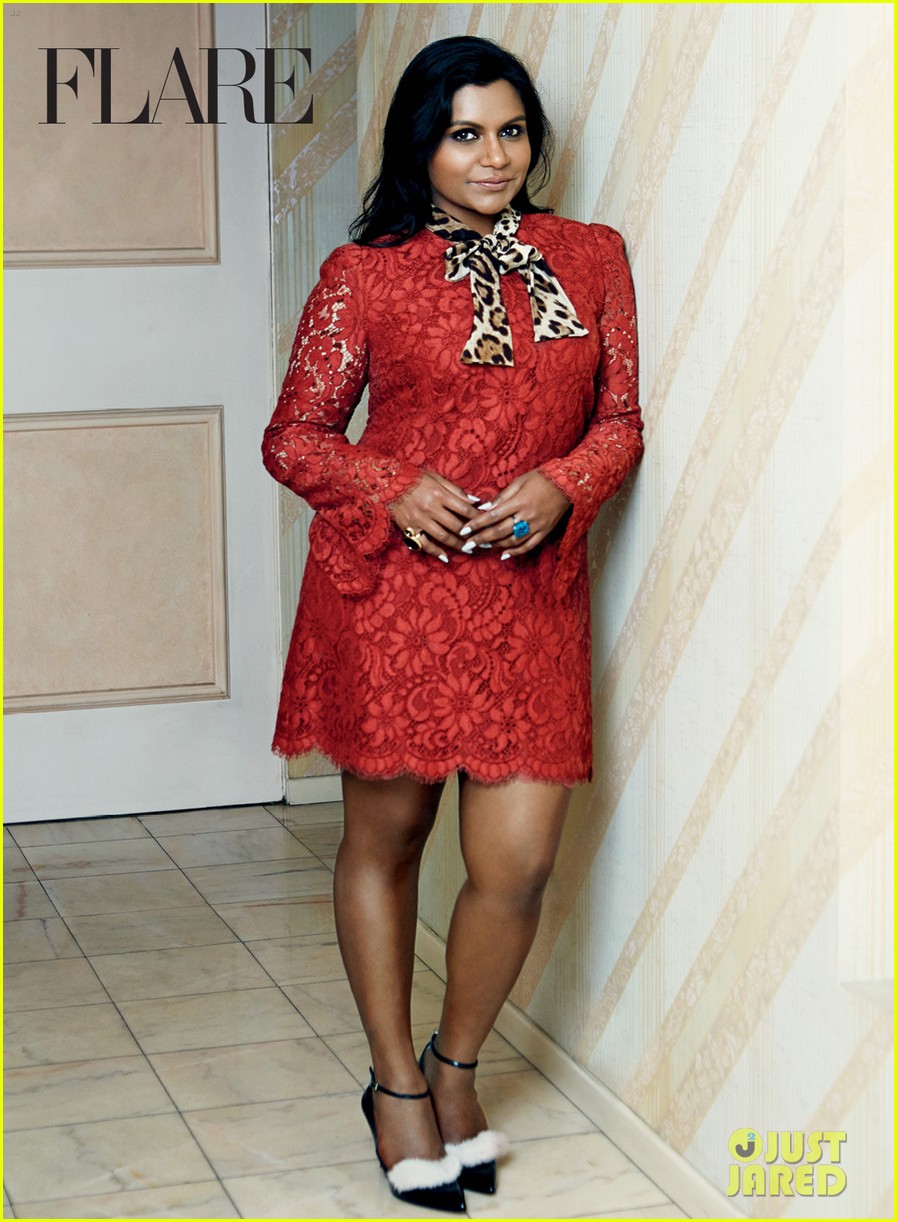 On refusing to cover abortion on The Mindy Project: “It would be demeaning to the topic to talk about it in a half-hour sitcom.”

... Wigfield is one of nine writers—four women, five men—on the show who have the unique task of writing for a batsh-t-crazy character who’s not-so-loosely based on their boss. “Like the best comediennes, Mindy is so willing to make herself look like a fool,” she says. “But we need to make sure she’s still a likable person and not sell out the character.” Likability has been an issue: early viewer feedback indicated that some people found Lahiri unappealing. “I don’t think about it a ton, but I was surprised by how much not just men but also women felt like they wanted her to be less selfish,” says Kaling. “Because the show has this romantic aspect to it, Mindy Lahiri can’t be as edgy as I thought at the beginning.”
This has got to be frustrating in a world where a character like Kenny Powers—the drug-addled, family-abandoning ex–baseball player protagonist of HBO’s Eastbound and Down—can skate through four seasons with unmitigated awfulness. “Hopefully,” Wigfield says, “we’ll get to a point in time where we can have female antiheroes.” 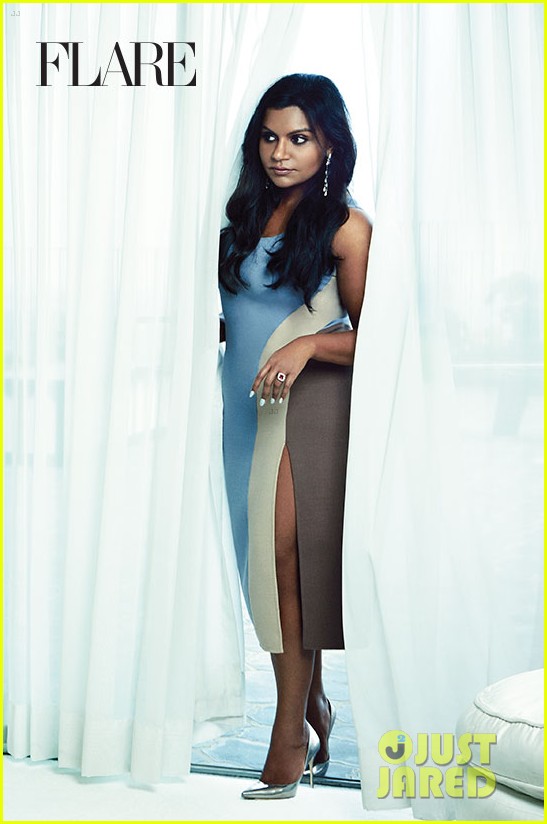 ... Like many children of immigrants, Kaling credits her parents for instilling a killer work ethic—and a sense of possibility. “Maybe because they worked so back-breakingly hard for so long, and travelled so many continents to get here for me, I think they thought, You can do anything!” she says. “I’m not going to travel any continents or anything, but in my career, well, maybe I can do anything.”
Former Office co-star Ellie Kemper says that “anything” includes being an all-star friend. “Mindy Kaling is one of the busiest people on earth, and is invariably the first person to RSVP or write a thank-you note,” she says. “That woman was raised with class.” 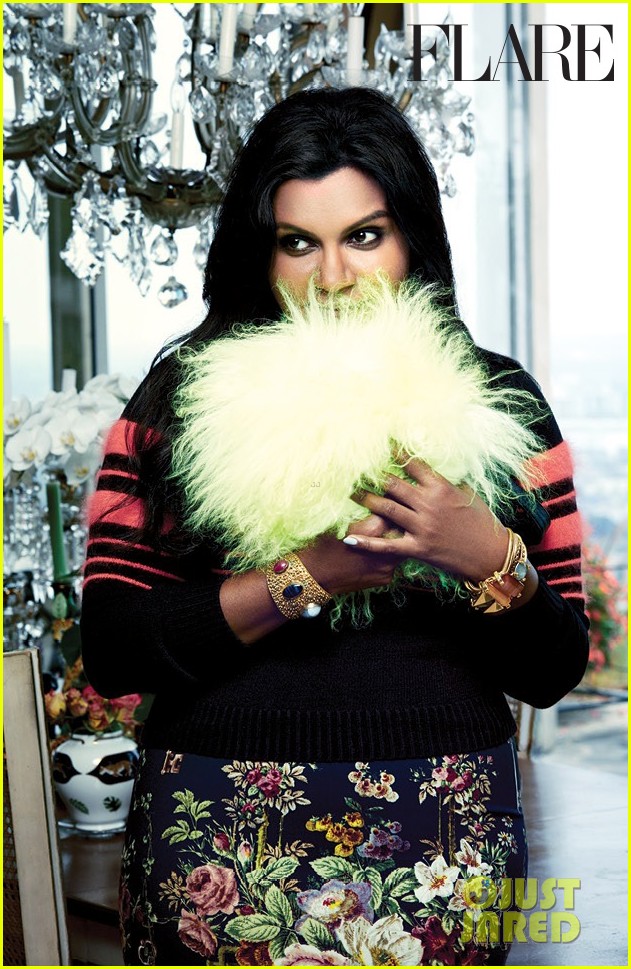