Maddie posted a vine on twitter and once people saw the video they all started to harass her because they noticed she had a hunchback (the video is down below) One fan of Demi started posting pictures and screenshots of Maddie and even making a twitter (twitter.com/hunchbackluvsu1) thinking that it was some big joke. Litte did they know that she has scoliosis


Once Demi saw what the fan was doing she dmed the person and told them off. down below is the dms and the tweets of Demi addressing the issue


For anyone telling me to "chill".. The impact bullies have over the internet can lead people to suicide. I ... http://t.co/SbLRdbdQED

Physical disabilities are NOTHING to joke about. SEVERE SCOLIOSIS IS NOTHING TO MAKE FUN OF.

Scoliosis sucks, man. My back hurts almost everyday because of it.

dfabb
September 1st, 2014, 08:27 am
i feel you. constant discomfort and even though i've mostly gotten over feeling self-conscious all the time because of it (people usually never notice but one of my shoulders and ribs stick out more than the other side, plus when i bend over you can see the curve) i'm starting to worry about it again. surgery is so expensive and scary and it's too late for a brace. DAMN does scoliosis suck.
(no subject) -

pink_dog
September 1st, 2014, 12:51 pm
If you can get your insurance to pay for it, get a chiropractor. I see mine a few times a month. They can't fix your back (although some will saaaaaay then can) but a good one can crack it just right to get rid of the pain for a week or so.
(no subject) -

tdddjjjj
September 1st, 2014, 06:13 am
Good for Demi. If someone came for one of my siblings like that I would go the fuck off.

xainex
September 1st, 2014, 08:23 am
The only thing is I feel like that "fan" is going to use demi's whole anti-bullying thing against her and it'll probably get messier.

I probably would've done the same thing. -if I were demi-

gottasecret101
September 1st, 2014, 01:42 pm
I don't think this is considered bullying though. This seems more like Demi standing up to someone who is going out of their way to bully someone knowing their would be consequences.
(no subject) -

my sister has physical anomalies because of a genetic condition and i can be pretty ruthless. it's one thing to be curious/concerned/whatever and it's another thing to be an insensitive prick.

xorogueox
September 2nd, 2014, 05:49 am
yeah man, Idc if people make fun of me, but I will go batshit if someone says anything negative about my siblings.

fortunatoxlk
September 1st, 2014, 06:14 am
Leave Maddie alone, you morons! She's an amazing girl! I love her since DH, she was child with the best acting skills.

kindalingers
September 1st, 2014, 07:32 am
She was/s is a cracking little actress, one of the only American child actors I don't find annoying

pink_dog
September 1st, 2014, 12:49 pm
Same. I wore one from 6th through 9th grade. It fucking sucked and NOW the research says the braces don't help much anyway for mild/moderate and that kids can leave the brace off during the day while they're at school. WHY WHY WHY wasn't that the research when I was a kid?! BLARGH

At least mine was hidden under my clothes, so nobody knew unless they touched me. Not like the big metal ones of the 70s. Not like Romy and Michelle.

sassalicious
September 1st, 2014, 03:32 pm
I didn't even really notice anything odd about the video . . .I thought maybe it was just posture?

Then again, I'm not an asshole teenager.

lucky_latkes
September 1st, 2014, 06:15 am
Well, that's nice that she stuck up for her sister I guess. Homegirl is going off like some Tru Confessions shit though.

simr2277
September 1st, 2014, 06:44 am
OMG I had totally forgotten about that movie's existence!! God I need to do a Disney Channel Original Movie marathon one of these weekends!

until_you_leave
September 1st, 2014, 06:15 am
whatever, i love that demi is so outspoken. making fun of a 12 year old is fucked up. trying to pass it off because you had no idea she had scoliosis is a weak excuse.

carolinga
September 1st, 2014, 02:21 pm
Exactly. And if you're going to be a dick and make fun of a child in public, don't expect not to face any consequences. 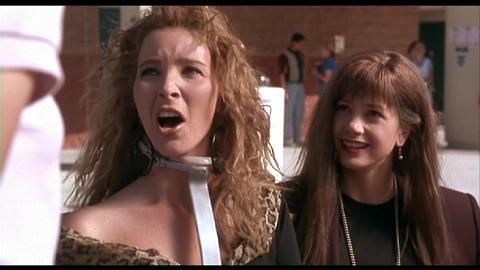 God that was so rude. I mean you couldn't help it if you had scoliosis.

xtinkerbellax
September 1st, 2014, 02:14 pm
Christy Masters was such a bitch for putting magnets on her back.

nimberlane
September 2nd, 2014, 04:21 pm
ikr if she had done that to one of my friends that bitch woulda been marked for death

dnttllhrry
September 1st, 2014, 05:01 pm
I was just watching this the other day.
I'm on this diet of jelly beans and candy corn...I wish i had your discipline.

lovelysanga
September 1st, 2014, 06:17 am
If anyone tries to say anything about my sisters, I'll fucking rip them apart, Go Demi!

momentsplinter
September 1st, 2014, 06:18 am
good on her tbh. if someone came after my little sis there would be hell to pay