Britney Spears is heart-broken over break up 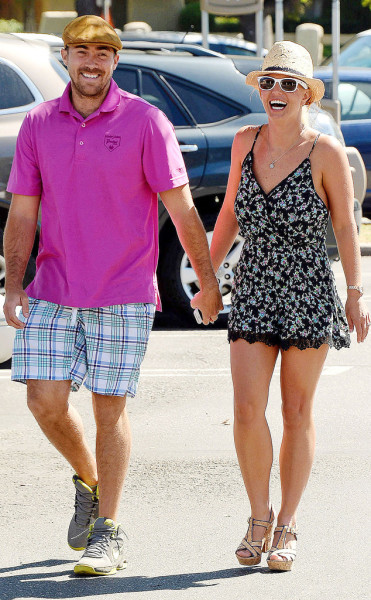 E! News confirms that Britney Spears and boyfriend David Lucado have split up. The singer took to Twitter to announce her new relationship status by writing, "Ahhhh the single life!"
Spears has stayed mum as to the reason for the breakup, keeping her focus on the two cute little guys in her life and her show in Las Vegas, but a source tells E! News that Brit called it quits because of an alleged video that shows Lucado cheating on the celeb.

"She is heartbroken. She is in Vegas. But she will get through it. She's a strong girl and he was never right for her," a source tells E! News.

The pop icon and the Virginia-raised lawyer found themselves at the center of split reports last month after various media reports claimed that the couple, who has been dating for a year and half, had broken up. However, the pair resurfaced together after the headlines came out looking happier than ever.

Spears and Lucado were first romantically linked in February 2013, just shortly after the singer ended her engagement to former agent Jason Trawick.

"I'm in love," the performer told Entertainment Tonight of her man back in November 2013. "I like the fact that [Lucado is] very stubborn and he's stuck in his ways. He's just a simple man. I adore him. He's really funny and he's really passionate. I love the fact that anything he's involved in he's passionate about and it's contagious."

I DON'T THINK SO!

Also Jaime Primak, who is apparently one of Brit's friends, posted about the break up on twitter, saying that she's far from devastated!


Yes!!! Tell 'EM @britneyspears - on to the next. #JerseyBelle #BritneySpears pic.twitter.com/0YW7JVHiQp

I love her just for doing this lol

@breatheheavycom @britneyspears no she's not.