In amongst Ariana, Nicki and Jessie's Bang-tastic opening performance and a load of Moon Men, last night's MTV VMAs managed to make a mockery of Robin Williams, with a hastily put together 23 second tribute, that many slammed as "offensive".

There was no indication that the VMAs, a music event, would even be honouring the late actor. Instead the organisers launched into an unannounced montage which lasted less than 30 seconds.

Set to Coldplay, the montage of photos ended as abruptly as it started, cutting to a style file about Iggy Azalea’s hairdo. The audience inside The Forum seemed as shocked as everyone watching at home by the shoe-horned in tribute, with the lack of applause speaking volumes. Take a look below...
Fans at home were fuming with MTV, with many branding it "offensive" while others said it would have been more respectful if there was no tribute at all.

"Robin Williams deserved better than that. Definitely the most uncomfortable, poorly timed tribute ever. #VMA," tweeted one angry viewer.

At least the beloved star should get the tribute he deserves at tonight's Emmy Awards, where Billy Crystal will be taking to the stage to honour his long-time friend. 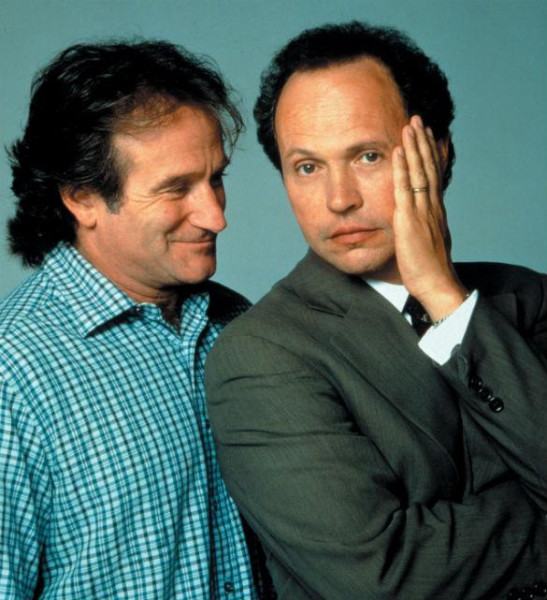 Billy Crystal will pay tribute to Robin at the Emmy Awards tonight (WENN / PR)
"We felt we needed to do something powerful and memorable. Billy seemed like the perfect choice," the Emmys' producer said in a statement last week on the tribute.

Billy's tribute to Robin will be the first time the actor will talk about his friend after he chose to tweet simply "no words" after hearing of Williams' death a week ago.