During a tribute to the conflicts in Ferguson, Mo., MTV’s audience cam cut to the Kardashians. 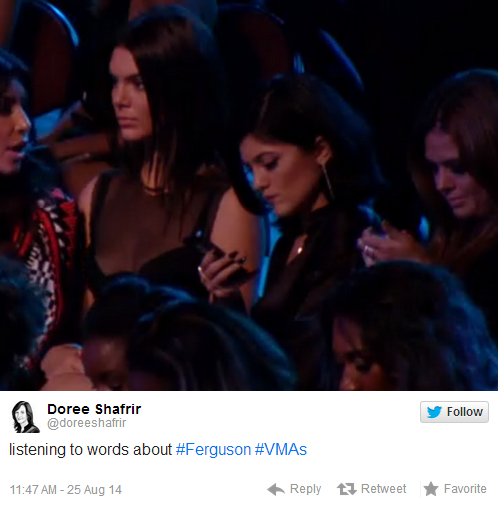 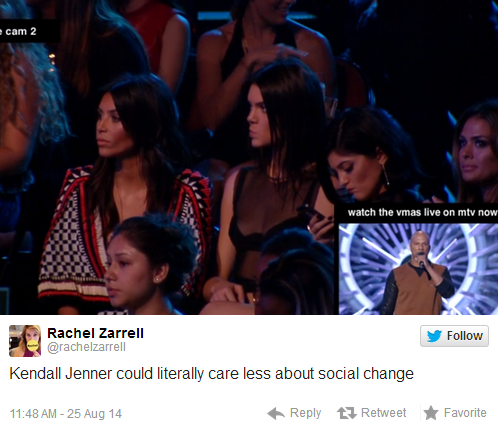 It appeared that Kim, Kylie, and Kendall Kardashian talked amongst themselves, texted, and looked generally bored while presenter Common asked the audience to take a moment of silence for Mike Brown. 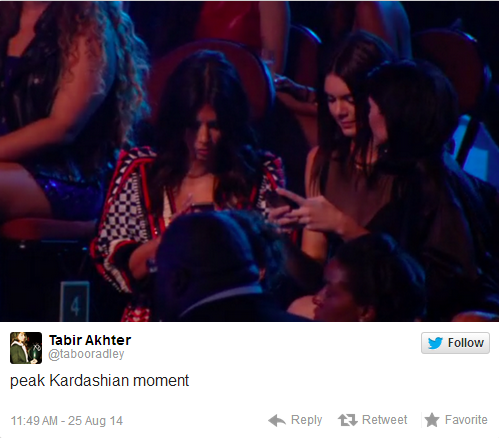 And then the jokes started… 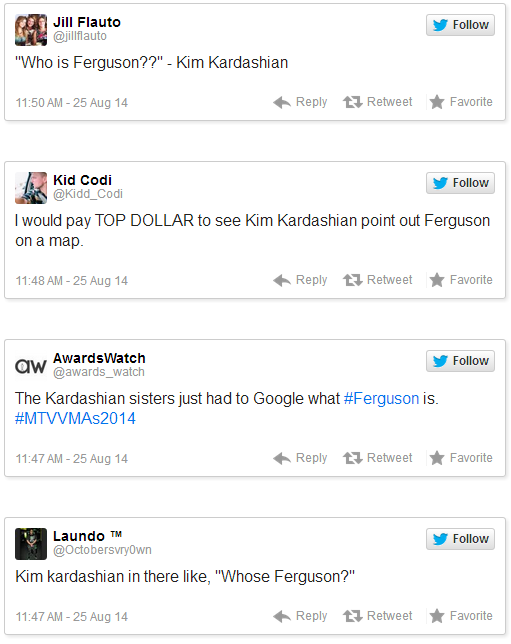 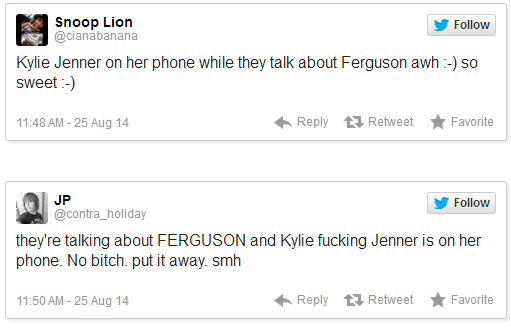 BuzzFeed has reached out to MTV to confirm that the footage of the Kardashians texting happened during the moment of silence and wasn’t on a delay and shown by mistake.

"ok youre right all men accused of rape are guilty"

That means that I replied to that, so = most men accused of rape are guilty

It's weird that we have all of these victims, but no perpetrators

taylor_slacking
August 25th, 2014, 02:14 pm
first off, i live in America, and secondly, laws are different here. pretty sure its a lot harder to sue over there.