Manuel Neuer to have wax statue at Madame Tussauds in Berlin 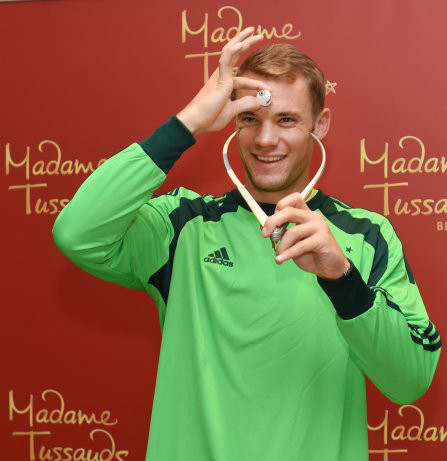 Germany's World Cup-winning goalkeeper Manuel Neuer is set to be immortalized in the form of a a waxwork model at Madame Tussauds in Berlin, the museum announced Wednesday.

"Manuel Neuer is one of the most popular footballers, and since the World Cup he's been the most requested figure by our visitors," explained museum director Sandra Schmalzried, who expressed regret at being unable to honor the entire Germany squad, adding: "but at 200,000 euros ($267,921, £160,235) per player, it's not possible".

The Bayern Munich 'keeper, who was voted his country's player of the year in a poll conducted by German football magazine Kicker, will be subjected to a series of measurements and photographs before a team of 20 experts begin a four-month project on the model in London.