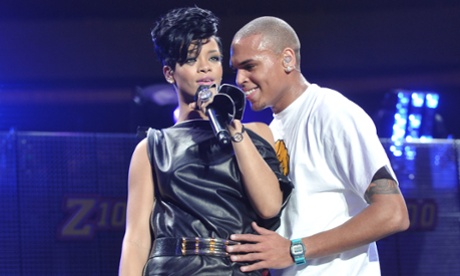 Despite having the results of physical brutality in front of our eyes, when it comes to violence against women, seeing, sadly, is still not believing.

On Monday, adult film actress Christy Mack took to Twitter and posted pictures of herself bruised and battered – allegedly the result of a beating that she said she received from her ex-boyfriend, Jon Koppenhaver, a mixed martial arts fighter who goes by the name War Machine. Along with the pictures, she tweeted her account of the attack, writing that Koppenhaver beat her, forced her to undress and shower in front of him, threatened to rape her (but couldn’t get aroused), chopped off her hair with a knife, and stabbed her. Mack says her injuries include 18 broken bones, various lesions and missing teeth.

Koppenhaver is under investigation by Las Vegas police in connection to the beating, but has posted a “defense” of himself on Twitter (where his bio reads simply: “I do Alpha Male shit”). Koppenhaver claims in his tweets that he went to Mack’s house intending to propose but found her there with another man. “I’m not a bad guy,” he tweeted. In response, some fans offered words of encouragement, saying “everyone deserves fair treatment”, and that “we don’t know all the facts”. Others suggested that it was actually Koppenhaver who was attacked.

Mack is not the first reasonably well-known woman to use social media in this manner. Women are laying bare the violence done to them using the best technology they have at their disposal: social media.

But in the 1980s, the biggest technological breakthrough for survivors of domestic violence was the instant camera. Esta Soler, founder of Futures Without Violence, said in her 2013 TEDWomen talk that after activists would go to the emergency room for what the police called “a lovers’ quarrel,” they would “take our Polaroid camera, we would take her picture, we would wait 90 seconds, and we would give her the photograph.”

“And she would then have the evidence she needed to go to court. We were making what was invisible visible.”

Decades after the Polaroid, domestic violence victims have proof for the world (and, perhaps later, for the courts): this is still happening.

But sometimes the internet shines a harsh spotlight on domestic violence even when victims don’t want the world to know the specifics (or that it happened at all). Last month, after Baltimore Ravens player Ray Rice knocked his wife unconscious, a video of him dragging her limp body out of an elevator went viral. Last year, pictures of celebrity chef and author Nigella Lawson distressed, her husband Charles Saatchi’s hands around her neck, hit the web. And, of course, no one could ever forget the leaked 2009 images of singer Rihanna’s beaten face after she was attacked by then-boyfriend Chris Brown.

But even those stark images weren’t enough for the world to rally behind these victims. Rice was suspended for two games and settled charges with no jail time. During a press conference, the Ravens tweeted out that Rice’s wife Janay, “deeply regrets the role that she played the night of the incident”. Saatchi accepted a police caution for assault, and the media – including one Australian DJ who demanded that Lawson make a stand on domestic violence – followed victim-blaming suit. (There was even a Saatchi-like statue in a London gallery with which the public was encouraged to take pictures of themselves “being strangled”.) Brown – who settled for community service in his case – was widely forgiven by fans and music industry folks alike – and a study of Boston teens showed that nearly half of them thought Rihanna was responsible for the physical abuse.

How is it that we don’t believe women, even when there is a preponderance of horrifying proof?

Ruth Glenn, the interim Executive Director of the National Coalition Against Domestic Violence tells me that while victim-blaming has been around for a long time, we’re seeing it “exposed in its rawest form” online.

“There’s so much anonymity in social media, so people can say what they really feel.”

As to the safety of victims posting their stories online, Glenn says that’s a matter of each individual case – and no one knows a woman’s danger level better than the women themselves. “Victims have a right to do what they want, and what they’ve assessed to be able make them safe,” she says.

But survivors of domestic violence coming forward and using technology to tell their stories will only be safe, and their tactics effective, if we – the viewers – believe them. We have to, as a society and as individuals, stop protecting abusers and believing their protestations out of hand simply because they’re famous, or charming – or because we’ve decided their victims aren’t sympathetic enough (as though anyone could be). It’s time to stop making excuses. Victims are showing us their truth, if we’re willing to open our eyes.

• This article was amended on 14 August 2014 to clarify that the Australian DJ used the word ‘fearful’ in a different context than initially written. The Guardian regrets the error.