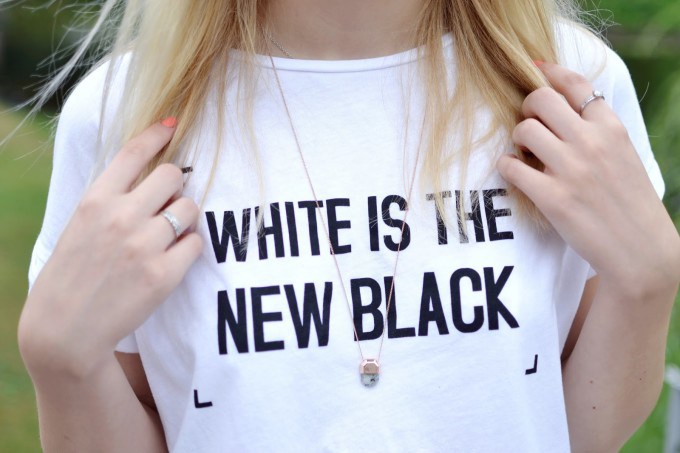 The slogan tee reads: "WHITE IS THE NEW BLACK."

Yes, there have been multiple variations of the saying ("black is the new black," "pink is the new black," and even Orange Is the New Black), and while it could be seen as just another play on words, we can't help but think the phrasing could offend some people. Think about it. Also, you would think the largest apparel retailer in the world wouldn't allow something that can be severely misconstrued to make it off the production line.

In the past, retailers and brands have released tees that weren't intentionally offensive, but were actually more loaded than they may have thought. Last month, the UK's largest sports dealer, Sports Direct, sold merchandise of a band with a neo-Nazi lead singer. In 2013, Amazon stocked this "Keep Calm and Rape A Lot" T-shirt on its site. To which we say: if you're trying to get a succinct message that encodes your personality to all literate bypassers, maybe your shirt is saying more about you than it is to your audience.


What do you think of the shirt? Do you think they did it on purpose?