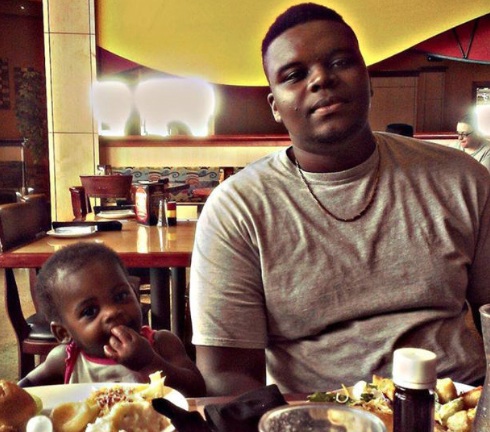 Following the shooting death of 18-year-old Michael Brown over the weekend in Ferguson, Missouri, a number of artists in the Hip Hop community have turned to social media to voice their thoughts on the matter. Among the artists who have responded to the shooting are Atlanta rapper Big Boi, producer 9th Wonder, and St. Louis, Missouri native Nelly.

Nelly, who hails from the same state as Brown, shared his thoughts in a post made on Instagram on Sunday, August 10. He posted a picture of Brown along with this message:
“First thing I wanna send my strength and blessing to the parents & family of Mike Brown...!! I can't imagine burying a child ...!! And the way he died..?? There's a lot of questions to be answered and folks held accountable so because I am receiving info in bits and pieces do to being out the country I'll say this for now "To be continued"...!!So Again my strength is for Brown family as this is truly tragic...!! #RIPMIKEBROWN”

Atlanta rapper Killer Mike also released a statement via Instagram. Alongside a picture of Brown’s mother was this statement from Killer Mike:

“We are human beings. We deserve to be buried by out children not the other way around. No matter how u felt about black people look at this Mother and look at this father and tell me as a human being how u cannot feel empathy for them. How can u not feel sympathy for their pain and loos. These are not "THOTS, niggas/niggers, hoes, Ballers, Divas. These two people are parents. They are humans that produced a child and loved that child and that child was slaughtered like Game and left face down as public spectacle while his blood drained down the street. Look at the pain of this mother, look into her eyes. Look at the Man behind her. Look at that father made helpless and hurt that he cud not defend his seed. Don't debate. Don't insert your agenda. Save me the bullshit Black On Black Crime speech and look at these to Noble creatures called humans and look at what govt sanctioned murder has done. It has robbed them of their humanity and replaced it with pain and shame, suffering and hurt. I don't care if others rioted or why. I don't care that ball players and Rappers are what they shud be. I care that we as humans care as much about one another more. I care we see past Class, race and culture and honor the humanity that unites our species. Stop talking and LOOK at these PEOPLE. LOOK at these HUMANS and stand with them against a system allows a Human PIG to slaughter their child. Forgive any typos love and respect u all.”

Among the most vocal was Mississippi rapper David Banner who addressed the skewed psychology behind such shootings.

Our situation is more psychological than people will admit. Black kids kill black kids for the same reason cops do. They see no value.
— DAVID BANNER (@THEREALBANNER) August 10, 2014

Black men have to watch what color we wear, what hood we are in, the cops, whites and blacks, no hoodie no white tee, no loud radios damn!
— DAVID BANNER (@THEREALBANNER) August 11, 2014

According to CNN, Brown was to begin classes at Vatterott College this past Monday (August 11) and was spending the summer with his grandmother when the shooting occurred.

On the day of the shooting, Brown’s friend, Dorian Johnson and another witness revealed that the two were walking in the street when they were approached by a police officer. While speaking with local station KMOV, Johnson stated that words were exchanged and the officer began shooting.

"(The officer) shot again and once my friend felt that shot, he turned around and put his hands in the air," Johnson said. "He started to get down and the officer still approached with his weapon drawn and fired several more shots."

The shooting is reportedly being investigated by the Federal Bureau of Investigation.
Tweets from other artists in the Hip Hop community can be found below.

#MikeBrown would have started college this week. http://t.co/NgG4Ro4GBI so upsetting.
— Lecrae (@lecrae) August 12, 2014