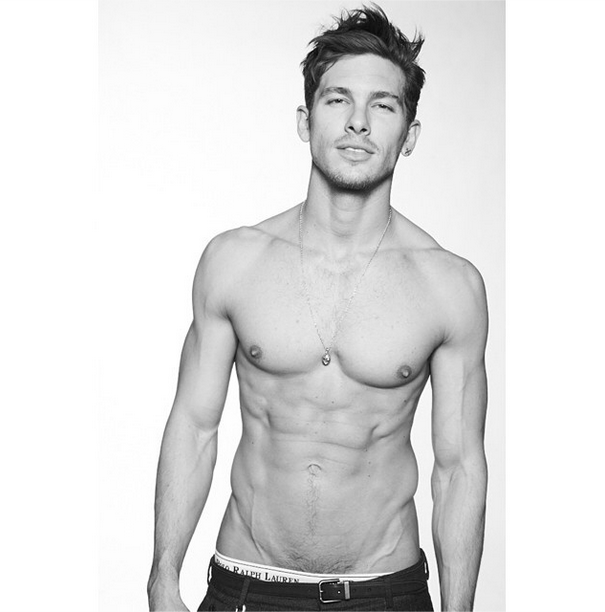 VH1's pro basketball drama Hit the Floor had its second season finale on Monday (11 August) and there may be hope yet for true romance between star player Zero and his agent Jude.

The pair, who began an affair a few episodes back, have a heart-to-heart in the locker room with Jude (Brent Antonello) saying he wants a real relationship, not just a sexual one.

In the final moments, Zero (Adam Senn) drops his guard a bit and the season ends with the possibility that the two may make a go of it.

'Zero is a bit of a sociopath,' Senn tells The Backlot. 'He’s unsure where he stands. But maybe it isn’t just about sex. It’s definitely about the camaraderie of having a friend, the one and only person that Zero felt like he could trust.'

'But there’s definitely a dynamic and that’s the beauty of those characters is playing with that dynamic and not making it just about being gay or being bi or anything. It’s a relationship and I think we’re just going to discover more as time goes on.'

While the Jude character has come to terms with the fact that he is in fact gay, Zero appears to be a bisexual who has so far only been willing to have relationships, publicly at least, with women.

Senn believes he has 'sociopathic tendencies' because he's always thinking about  how to get from point A to point B instead of thinking about people.

'I think Jude’s got him figured out,' he said. 'Jude is at peace with himself and who he is, which is awesome, and Brent does such a good job of playing the groundedness of where Jude stands.

Hopefully Zero can get to that point sometime next season, find himself and be confident with who he is instead of always trying to play it up for someone else.'

As far as having his character, who had previously been involved with a team cheerleader, becoming involved with a man, Senn had this to say: 'In general, I’ve always been very open in my life. My cousin was gay and I love him to this day so that stuff doesn’t bother me and I don’t mind pushing people’s buttons.'

Hit the Floor has been renewed for a third season.

Zero and Jude are so hot together, they better become a couple next season I s2g