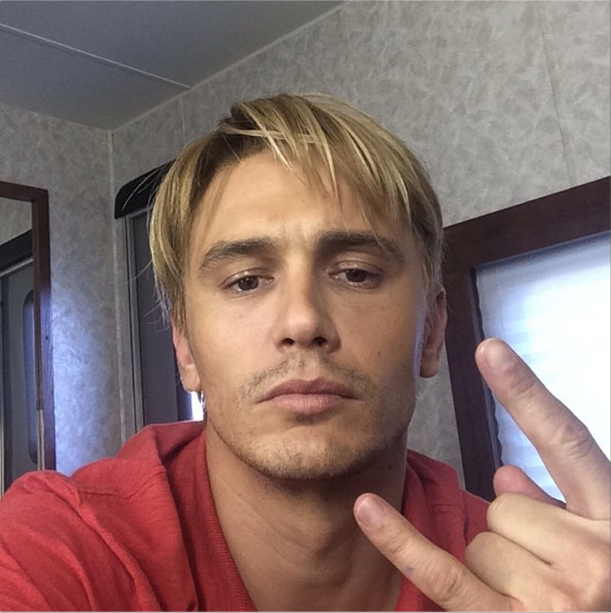 James Franco is going back to the '90s!

The 36-year-old actor shared a brand-new hairstyle Monday morning on Instagram that has his biggest fans talking.
"That Late 90s bleached look," Franco wrote with a selfie that proudly displays his shorter and blonder cut.

It's quite the change from his dark, often curly hair many fans recognize from Freaks and Geeks, This Is the End and other projects.

So what brought on the sudden change in appearance? Perhaps Franco really wanted to rewind to two decades ago when the Backstreet Boys, 'N Sync, 98 Degrees and O-Town were all over the music charts?


In a hilarious Instagram post, Franco photoshops his head (and new haircut) onto a series of boy band group shots.

"I'm in ALL the BOYBANDS! Meeeeeyooowwwwww! @francosdaily," he captioned the photo. Thank goodness he didn't take Justin Timberlake's head in ‘N Sync!

Could the new style be for a new movie role? Is Franco just pranking us and it's actually a wig?

In the words of the Backstreet Boys, just "tell me why"!
Source
Tags: attention whore, james / dave franco
Subscribe