Rise of the Tomb Raider to be an Xbox exclusive 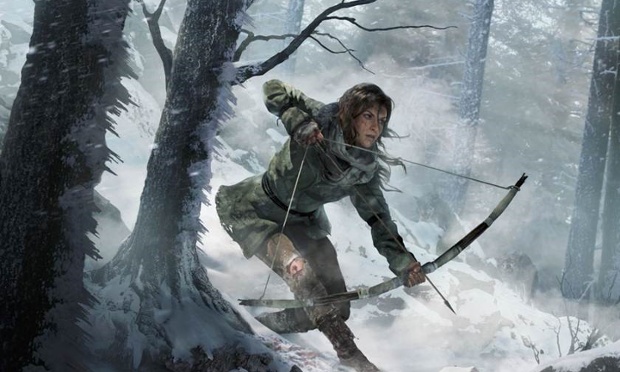 The next Lara Croft adventure will only be available on Xbox consoles, Microsoft announced today.

At a press conference ahead of the Gamescom video game event in Cologne, Crystal Dynamics studio head Darrell Gallagher took to the stage to confirm that Rise of the Tomb Raider, follow-up to last year’s critically acclaimed reboot of the long-running action adventure series, will be “exclusive to Xbox”. It is not yet clear whether this means Xbox One alone, or Xbox 360, too.

The competition between Sony and Microsoft to control the current console generation is hotting up. PlayStation 4 is slightly ahead with seven million units sold, compared to a reported five million for Xbox One. The two gaming giants are currently competing to secure the best platform exclusives, but usually unless developed by in-house studios, these are merely timed offers, with one console getting key titles or content a few months before the other.

It seems at this point that this is not a timed exclusive – Rise of the Tomb Raider is unlikely to appear on PS4 or PC. Speaking to fans via the Crystal Dynamics Tumblr, Gallagher confirms as much:

“Our friends at Microsoft have always seen huge potential in Tomb Raider and have believed in our vision since our first unveil with them on their stage at E3 2011. We know they will get behind this game more than any support we have had from them in the past – we believe this will be a step to really forging the Tomb Raider brand as one of the biggest in gaming, with the help, belief and backing of a major partner like Microsoft.

“This doesn’t mean that we’re walking away from our fans who only play on PlayStation or on PC. Those are great systems, with great partners, and amazing communities. We have Lara Croft and the Temple of Osiris coming to those platforms this December, and Tomb Raider: The Definitive Edition is available on PS4.”

However, there is still some slight ambiguity about whether the deal is for Winter 2015 only. Official Xbox spokesperson Larry Hyrb has simply tweeted:

Published by Square Enix, Rise of the Tomb Raider is a considerable coup for Microsoft – even as a timed exclusive. Last year’s Tomb Raider title has now sold around seven million copies and the series is one of the most recognisable brands in the gaming world.

Rise of the Tomb Raider is due out in the Winter of 2015.