Three years after his final appearance as the boy wizard, Radcliffe has spoken candidly about the importance of being self-critical 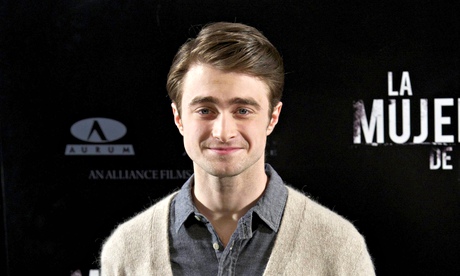 Daniel Radcliffe has described his acting in one of the Harry Potter films as so "complacent" and "one-note" that he struggles to watch it.
Interviewed by the Mail on Sunday, Radcliffe said the Potter series was "an incredible blessing" because it gave him the chance of a career in film. But he admitted he hated certain installments, because "the moments I'm not as proud of, mistakes other actors get to make in rehearsal rooms or at drama school, are all on film for everyone to see".
Radcliffe singled out the sixth instalment Harry Potter and the Half Blood Prince from 2009 because, he said: "I'm just not very good in it. I hate it."
The actor continued: "My acting is very one-note and I can see I got complacent and what I was trying to do just didn't come across. My best film is the fifth one (Order of the Phoenix) because I can see a progression."

Radcliffe has been refreshingly candid about his perceived failings during the Potter era, also discussing his issues with alcohol, which ended with him becoming teetotal in August 2010. The actor, whose indie comedy What If has just been released in the US, told the Mail he felt it necessary to be fiercely self-critical. "It's more important for me to be very critical because I've grown up in an atmosphere where everyone is always wanting to be nice to me and say what I'm doing is great," he said. "And so you don't trust that. Ultimately you have to look to yourself or a handful of people to get a proper opinion. I'm seriously critical of myself – if I wasn't I would be worried. You don't want to be the one people say: 'Great, great, great' to and then turn round and think: 'Shit, shit, shit!'"
The eight Harry Potter films, all starring Radcliffe, have taken more than $7.7bn (£4.6bn) at the global box office. The saga currently stands as the highest-grossing movie franchise of all time.