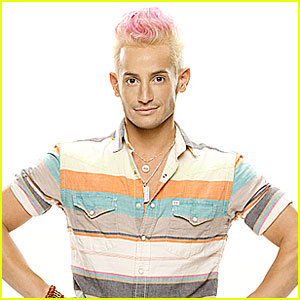 Frankie Grande finally reveals his true identity during a feed on Big Brother 16!
The 31-year-old YouTube personality shared to the rest of the contestants that he was Ariana Grande‘s older brother and that he was mostly playing for charity to build homes in Africa.
After Frankie‘s confession, the other guys called him out for all his lies, while the girls were freaking out that he met Justin Bieber.
“Frankie might’ve just saved his game tonight!!! werrk @FrankieJGrande! told his whole truth & apologized for playing dirty like a man. proud,” Ariana tweeted.
src
Tags: ariana grande, big brother (reality show)
Subscribe
Previous
← Ctrl ← Alt
Next
Ctrl → Alt →
Previous
← Ctrl ← Alt
Next
Ctrl → Alt →