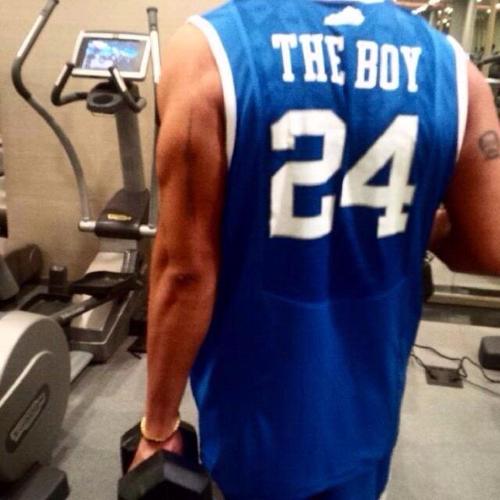 The singer's other upcoming ventures include custom designs for Nike’s Air Jordans and Canadian clothier Roots.

Sure, Drake dropped the No. 2 rap album of 2013 (Nothing Was the Same) and earned high marks this year for hosting Saturday Night Live and the ESPY Awards. But the Toronto-born superstar, 26, is also an aspiring mogul now facing the ultimate test of his business muscle. Will he be Canada’s answer to Jay Z -- who oversees a thriving record label, apparel business and sports agency -- or the next Rick Ross, whose Maybach Music Group has seen middling results since its 2009 launch?

The first release from Drake’s label, OVO Sound, is off to a solid start. After just three days of sales in its first week, Majid Jordan’s Place Like This made its debut at No. 31 on the Top R&B/Hip-Hop Albums chart. Then on July 29 came PartyNextDoor’s PartyNextDoor Two. Both acts are already being primed to follow in the footsteps of The Weeknd, the Toronto-based artist-producer whose early support from Drake led to a lucrative record deal with Republic and two projects that reached No. 1 on the Top R&B/Hip-Hop Albums chart.

Next up is this weekend’s OVO Fest (Aug. 3-4), the fifth annual music festival organized and hosted by Drake at the Molson Canadian Amphitheatre in Toronto. The event, which expands to a two-day concert for the first time, is headlined by Outkast, Drake himself and a sure-to-be A-list roster of surprise guests. Four days later, on Aug. 8, he will kick off the 31-city Drake vs. Lil Wayne Tour, featuring a first-of-its-kind integrated sponsorship from Capcom that will pit the two rappers against each other in a Street Fighter-like battle. Fans will declare the winner each night.

Drake’s other upcoming ventures include custom designs for Nike’s Air Jordans and Canadian clothier Roots and, according to sources, the extension through 2015 of a lucrative deal with Sprite that was initially inked in 2010.

The bottom line should be impressive: Sources say Drake’s 2014 earnings are on pace to far exceed the estimated $10.5 million he earned in 2013.

A return to acting may also be in the cards for Drake, who got his big break on the Canadian teen soapDegrassi: The Next Generation. “After SNL, obviously the phones were lighting up because it introduced him to a whole new demographic,” says OVO partner Oliver El-Khatib.

Future the Prince, who has co-managed Drake since the rapper’s split from the Blueprint Group in 2013, is taking a page from the playbook of manager Scooter Braun, who has helped diversify Justin Bieber’s business portfolio. “There are partnerships and ventures with companies that we haven’t even fully explored yet,” says Future the Prince.

Oh, and he’s already announced the title of his fourth album, Views From The 6, despite not having properly started the recording process. “He’s been trying to rebrand Toronto in the eyes of the youth, since two of the area codes have the number ‘6’ in it,” explains Noah “40” Shebib, Drake’s longtime producer and co-founder of OVO Sound. “When he started referring to Toronto as the ‘6,’ fans started tweeting out names and Drake had to be like, ‘Yo, yo, yo, I want to claim my stake on this before someone else does.’”

And although 40 himself isn't a big fan of the traditional release-date rollout (“no one remembers the day an album was released -- if it takes an extra two weeks, so what?”), don't expect Drake to pull aBeyonce his next time out. “I know Drake, he likes promoting his dates and building anticipation around them. I just get sleepless nights to make sure we deliver the best product possible.”

come on mods let the Drake Day festivities continue, give us one day!