Bachelor In Paradise: What to Expect From the Premiere 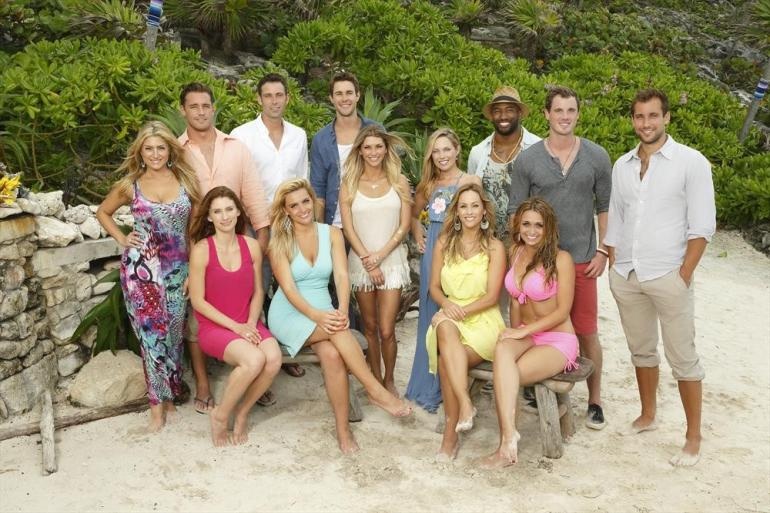 Tonight the detritus of The Bachelor and The Bachelorette will wash up on the shores of a tropical island of misfit boys and girls looking for love — and an ever-expanding definition of 15 minutes of fame — on Bachelor in Paradise. Fourteen former contestants (in what the producers have determined is the golden ratio of eight women to six men) will head to Tulum, Mexico to pollute hot tubs all over the Yucatan as they make the most of their second chance to find love in front of the cameras, using the umbrellas in their drinks to prevent their tears from diluting their piña coladas when plans go awry.

Like love, the point of the six-part series is elusive. Prize money may be involved (it was in the past, but may have been done away with), but the ostensible mission is to find love. (Obviously.) If you find your soul mate — or even temporary bunk mate — you stay in paradise; the broken-hearted are ruthlessly deported after each rose ceremony. Contestants who aren’t given a rose by possible life partners are sent packing and, with an uneven number of men and women in the group, each week contestants are pruned like diseased branches on a rose bush. To keep everyone on their toes and love in the air, invading hoards land on the island’s shores each week, adding new contestants with designs of their own to the mix in the hopes of finding true love in paradise.

This season of the show — which is basically Bachelor Pad but with more bikini-shot opportunities — features fan favorites like Sarah Herron, the one-armed beauty from Bachelor Sean’s season; Marquel Martin, the man who should be The Bachelor; Brooks Forester, who failed to fall in love with Bachelorette Desiree; and Marcus Grodd, who left The Bachelorette broken-hearted when Andi ditched him after meeting his family. There’s also favorite frenemies like Michelle Money, the outspoken Bachelor franchise regular, and Kalon McMahon, who referred to The Bachelorette‘s Emily Maynard’s daughter as “baggage,” causing the Southern sweetheart to bust into a tirade that would make a sailor blush.

Here’s who else to watch out for on Bachelor in Paradise:
Clare Crawley: The 32-year-old hairstylist had some choice words for America’s Least Favorite Bachelor, Juan Pablo Galavis, when he dumped her at the finale, earning a spot in viewers’ heart when she announced, “I would never want my children having a father like you.”

AshLee Frazier: Bachelor Sean Lowe sent the professional organizer packing after a night in the Fantasy Suites, leaving the Texan with yet another broken heart to add to her her emotional backstory.

Chris Bukowski: As a contestant on both The Bachelorette (Emily) and Bachelor Pad, Chris tried to crash Andi’s opening cocktail party as well, but was stopped at the gate. Maybe the fourth time is this charm for this serial love-seeker.

Lucy Aragon: The self-titled free spirit was a little too free of a spirit for Juan Pablo who sent her home. The dog loving naturist reportedly found short-term solace in the arms of the CEO of Snapchat and is also supposedly supermodel Kate Upton’s best friend. as the two are frequently spotted gallivanting around Instagram together.
Graham Bunn: The repeat offender failed to find love on The Bachelorette (Deanna) but met Michelle Money on the second season of Bachelor Pad. Their relationship didn’t work out, and now the exes are stuck on a small island together.

Ben Scott: On Desiree’s season of The Bachelorette, Ben came off as the bad guy who used his young son to gain attention. He was sent packing after one of the most awkward two-on-one dates in Bachelor history. The single dad is back to both rehabilitate his image and look for a life partner.