What Happens When a Supermodel Violates a Photographer's Copyright

This is the recap of one fashion blogger's struggle with the misuse of one of her images by supermodel Karlie Kloss and how since then it's been picked up by Luck Magazine, Harper’s BAZAAR, Vogue, Allure and many more outlets....


Karlie Kloss improperly used one of my images. It showed up on her instagram account last September, without credit. (Point of reference: many of the images before and after mine are credited.)

As readers of my blog will know, I shoot as a house photographer for Oscar de la Renta’s social media accounts and Pinterest page. On September 10, 2013 I took this photo of Karlie Kloss taking a “selfie” backstage at the SS14 Oscar de la Renta show: 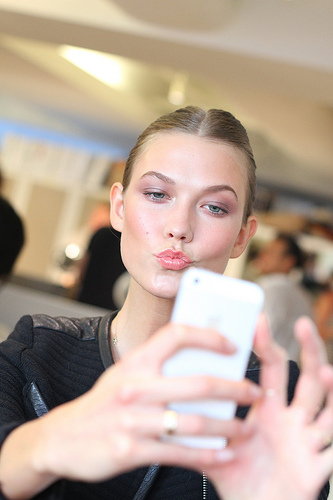 As a concert photographer I see a lot of this. It's ridiculous how often celebrities or media outlets steal other people's images and the photographers end up losing even more money trying to fight to be rightfully paid for their own work.
Mods: I rehosted the images like you asked!
Tags: fashion, legal / lawsuit, models, photo shoot
Subscribe
Previous
← Ctrl ← Alt
Next
Ctrl → Alt →
Previous
← Ctrl ← Alt
Next
Ctrl → Alt →