Rise of the Guardians is accidentaly played in one theater instead of GotG, Hilarity Ensues 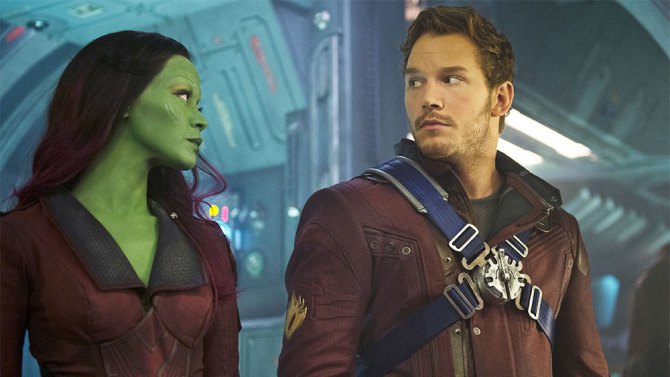 It may have seemed like the makings of a perfect opening night: perhaps popcorn, soda, great seats, the whispering of an excited crowd as the lights went down for a midnight first peek at "Guardians of the Galaxy."

The previews rolled, and then ... whaaaat?

"omg," one moviegoer tweeted. "they started playing rise of the guardians instead of guardians of the galaxy."

How in the galaxy did that happen?

"EVERYONE IN THE THEATRE IS CRYING," the tweeter added.

Then it happened again ... and again, possibly in more than one location, according by the tweets.

Regal Cinemas, a theater chain cited in some tweets, did not immediately respond to ABC News' requests for an explanation or other comment confirming or denying the tweeters' version of events.

In case you didn't know, "Guardians of the Galaxy," the comic book-inspired summer blockbuster hitting U.S. theaters today, is not the same as "Rise of the Guardians," a 2012 Dreamworks animated film in which Jack Frost, Santa Claus, the Tooth Fairy and the Easter Bunny team up to fight the Boogeyman, according to IMDB.com.

Here's the synopsis of "Guardians of the Galaxy" from the Marvel film's official website: "Brash adventurer Peter Quill finds himself the object of an unrelenting bounty hunt after stealing a mysterious orb coveted by Ronan, a powerful villain with ambitions that threaten the entire universe."

The mix-up seemed to occur at more than one theater. The tweets told the tale:

Totally trolled as our local theater accidentally started showing "Rise of the Guardians" instead of #gotg - so #rva pic.twitter.com/g4mKILAbax

Oh god. They restarted it all, and after a couple repeat previews, it's Rise of the Guardians AGAIN.

YOU HAD ONE JOB. (Then it happened AGAIN.) @RegalMovies #rva #GuardiansOfTheGalaxy pic.twitter.com/DUbyAuLDlu

So. Third time through the previews

And it's rise of the guardians AGAIN.

The theater reportedly reimbursed the disappointed viewers, but the act of remedy did little to comfort some moviegoers.

Us waiting for the correct movie to start tonight, which never came. pic.twitter.com/ToXCldj1S1

SOURCE
So have you guys ever went through a horrible theater mishap before?