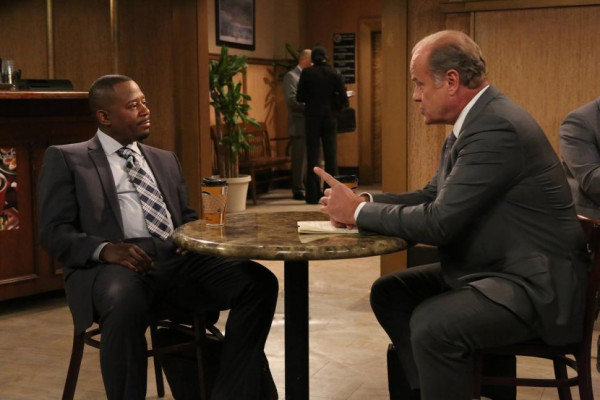 Martin Lawrence (left) and Kelsey Grammer in episode one of "Partners"
It’s the new odd couple.

Film star Martin Lawrence is teaming up with TV veteran Kelsey Grammer to play a pair of Chicago lawyers with polar-opposite personalities in the FX comedy “Partners,” debuting Monday at 9 p.m.

Grammer — most famous for his portrayal of Frasier Crane, first on the classic series “Cheers” and then on its long-running spinoff, “Frasier” — plays Allen Braddock, an unscrupulous, money-grubbing attorney so slimy that his own father fired him from the family practice.

Lawrence — best known for films like “House Party,” “Bad Boys,” “Big Momma’s House, and “A Thin Line Between Love & Hate,” along with his 1990s sitcom “Martin” — plays Marcus Jackson, a kind-hearted lawyer and community activist going through a gut-wrenching divorce.

“Kelsey’s character is in it for the money. He’s about getting the money by any means necessary,” Lawrence says. “I play a morally grounded guy. I do pro bono cases, they cook for me and bring me food (instead of money), things like that. Our characters kind of teach each other. We try to find out what is the right way to be principled and correct, to do the right thing. And ultimately, it’s all for our clients.” 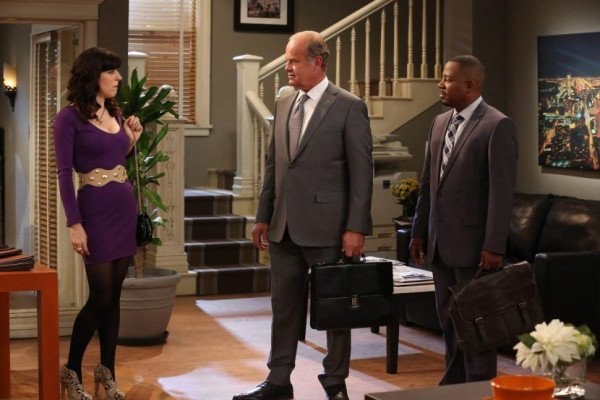 From left, Edi Patterson, Grammer and Lawrence
At first glance, it might seem like a bit of a sitcom formula, and technically it is. The difference is that with A-list talent like Lawrence and Grammer, formulas don’t really matter very much.

“If it’s smart comedy, if it’s understandable comedy, it resonates with people,” says Lawrence, adding that part of the show’s appeal is how different its stars — and their fans — are.

Grammer “has a certain brand of comedy and a certain way that he does comedy,” Lawrence says. “I would say he got the white audience and I got the black audience.”
He adds, “Our comedy is different because his caters more to his culture and my comedy caters more to my culture. But when you bring those two together you get something new, we get the opportunity to learn each other’s culture, learn what makes each of us laugh — we get to grow.”
Lawrence admits he wasn’t a regular “Frasier” viewer, but says he’d occasionally tune in to watch Grammer while he, Lawrence, was starring in Fox’s “Martin” — even though “Frasier,” as an NBC series, was the competition. 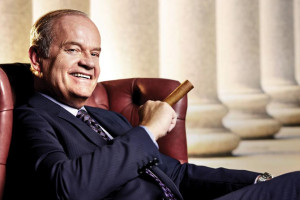 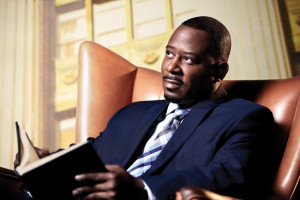 Grammer, says Lawrence, "has a certain brand of comedy and a certain way that he does comedy.
I would say he got the white audience and I got the black audience.”
“Every now and then I’d click over to see what they were doing there,” he says. “And he’d make me laugh. I always thought he was good, so when they asked me if I’d be interested in hooking up with him for a show, my first reaction was, ‘Wow, that’s different — maybe this could be a great pairing.’ ”

The two first met years ago at a party at “Home Improvement” star Tim Allen’s house, Lawrence said. “It was sort of in passing, I said, ‘Hello, I’m a fan.’ ”

Thanks to films like “House Party” and “Boomerang,” Lawrence was already a star in 1992 when he took the role of “Martin’s” title character, Martin Payne, a loudmouthed Detroit talk-show host.

When the show ended in 1997, he continued to make movies, but he says his friends and family always asked him when he was going do more television.

“For the longest time, my brothers and my sisters would ask me when I was going to come back to TV,” Lawrence says. “My answer was usually, ‘Never say never, but I love doing movies.’ ” 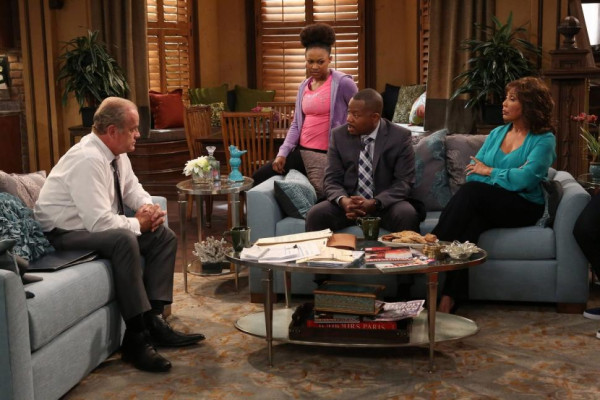 The sitcom's stars with Daniele Watts (standing) and Telma Hopkins
He was in talks with “Partners” producers at Lionsgate last year when they mentioned an opportunity to work with Grammer.

“It was kind of like an offer that I couldn’t refuse,” Lawrence says. “I figured movies will always be there for me, but comedy is something I do well. When I’m on and in the zone, I can do it with the best of them — I would love to have played opposite Lucille Ball.”

When it comes to unusual projects with big stars, FX has come up with its own formula. For Charlie Sheen’s “Anger Management,” the network agreed to buy 10 episodes at first. If the series hit certain ratings markers, the deal would trigger 90 more, guaranteeing a total of at least 100 — a number that makes for big-bucks syndication deals.

That’s how “Partners” will work, too. If the show succeeds, it means a grueling few years of work and a cash windfall for the stars.

“Truthfully, I prefer making movies to TV because with movies, you work for two or three months and then you’re finished,” says Lawrence. “You walk away and you don’t come back until it’s time to promote it. TV is year-round. But I understand how to make television, I did it for five years, and so I’m not afraid of the grind, I’m not afraid of all the work that comes with it, because I know that I can do it.”