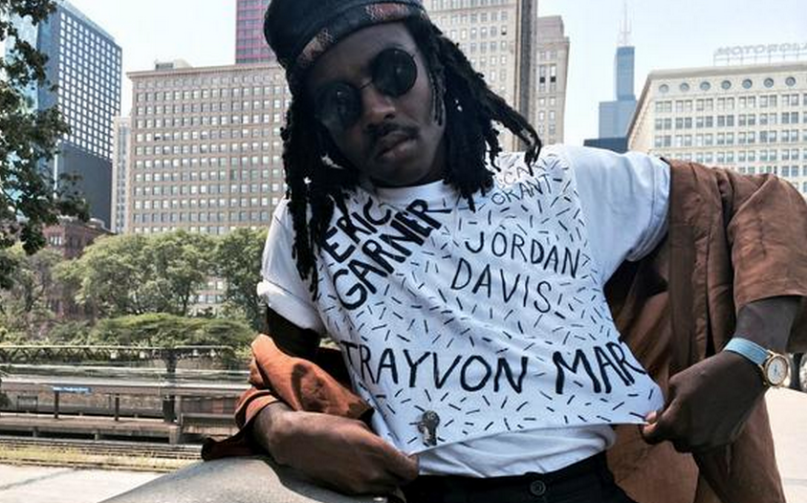 Hynes detailed the incident on his Twitter account. He said three security members first confronted Urbani and then “grabbed my neck and threw me to the ground.” They were both injured in the altercation and plan to press charges, according to Hynes.

Coincidentally, Hynes gave a speech on racism and police brutality during his Lollapalooza performance and was wearing a t-shirt that featured the names of such victims, including Trayvon Martin and Jordan Davis.

Lollapalooza has yet to address the incident.

I WAS JUMPED BY THREE SECURITY GUARDS AND SAMANTHA WAS TOUCHED BY SECURITY. WE ARE HURT. WE PLAYED YOUR FESTIVAL. @lollapalooza

They grabbed her I asked what they were doing and they grabbed my neck and threw me to the ground, then two others joined in on me

I gave a speech on racism and police brutality and then I am jumped by three security guards and my gf is assaulted. @lollapalooza

source w/ more tweets from dev and his gf

this is so fucking horrible. apparently on the lollapalooza fb page, comments and questions about what happened are getting deleted as soon as they go up. i'm glad they weren't seriously injured, at least :/