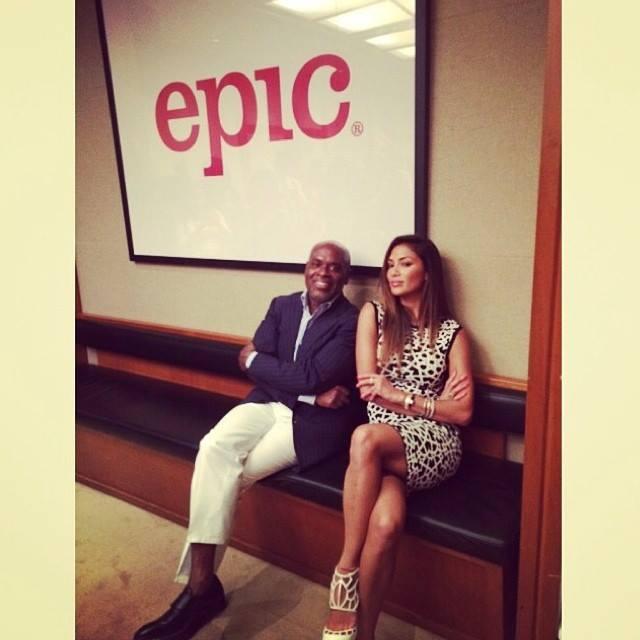 Nicole Scherzinger
is basically the Terminator of pop stars. Her misses far outweigh her hits, but somehow she always manages to survive and bounce back — it’s really quite amazing when you think about it.

The former Pussycat Dolls frontwoman is currently enjoying a small comeback with her latest single, “Your Love.” Not only is the song on track to debut at No. 2 on the UK singles chart (except not anymore), it’s also due for release in the States through Epic Records, who just signed Nicole to a new deal.

Both Epic and L.A. Reid announced the signing on twitter earlier today, writing “Welcome to the #EPIC family, @NicoleScherzy!” along with a photo of Nicole and Reid sitting together.

This isn’t the first time that Reid has signed a pop artist to Epic that most people would consider washed-up. In the past few years he’s signed new deals with Ciara and Avril Lavigne — both of whom flopped, with the exception of minor hits like “Body Party” or “Here’s To Never Growing Up.”

Hopefully Scherzy has better luck with “Your Love” and her upcoming sophomore album, which has been produced entirely by the once-popular hitmaking duo of The-Dream & Tricky. The album already sounds quite promising, so we’ve got our fingers crossed for it to work.

Buy Your Love on iTunes!