BBC Radio 1: Nicole Scherzinger is "Not Right For Our Target Audience" 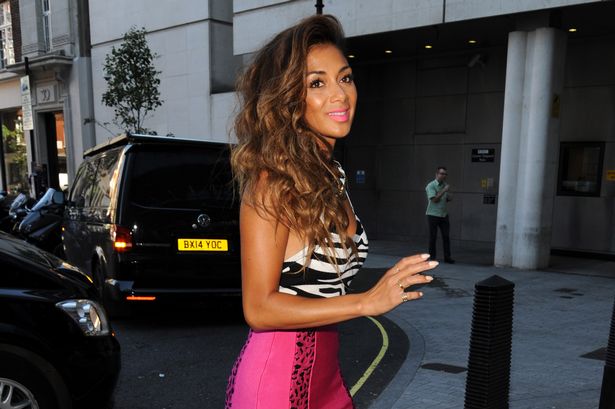 COULD Nicole Scherzinger be too old for Radio 1? Well, it seems she’s “not right” for their youthful target audience.

For the second time in just over a year, the BBC have left 36-year-old Nicole off their playlist. And as happened with her March hit Boomerang, her single Your Love is riding high in the charts regardless.

Capital FM, who also ignored Boomerang on their playlist, relented and put it on Tuesday when it shot up the iTunes chart.

This week, Your Love is battling with Rixton for the top spot in Sunday’s Official Charts. But while the boyband, who are in their mid-20s, are getting maximum support on the station’s A-list, Nicole hasn’t even scraped on to the C-list. The boys are 12,000 copies ahead in the race for No1. (except she is down to #7 on UK iTunes now)

In a statement, Radio 1 said: “Each track is considered for the playlist based on its musical merit and whether it is right for our target audience, with decisions made on a case-by-case basis.” Our sources said: “Nicole’s single was discussed at the playlist meeting but it wasn’t considered a priority track.

“It’s not personal against her – she has been a guest on Radio 1 and the track has been played – just not playlisted. Radio 1 play a much wider range of artists than commercial radio, who largely concentrate on playing hits.”

The station have been criticised for branding artists, such as Robbie Williams, “not relevant” because they are older than the station’s usual listeners.

Radio 1 target the 15-24 age group, and Robbie’s 2012 single Candy failed to achieve playlist status when he released it at the age of 38. The current A-list includes Ariana Grande, 21, George Ezra, 21, Ella Eyre, 20, and teen boyband The Vamps.

So Radio 1 won't play you, Capital FM only playlisted you 2 days ago and KISS has you in the 30's on theirs, what are you gonna do sis? UK ONTD'ers: Buy Your Love on iTunes!