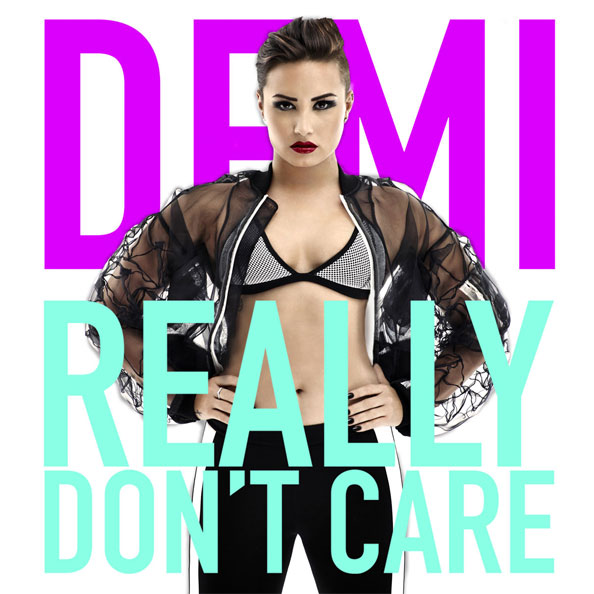 Demi Lovato‘s new single, “Really Don’t Care” has quickly become a fan favorite, thanks to its strong defiant message.
But the singer tells us she especially likes it’s dual meaning.“Whether its a break-up song or it’s just saying that you really don’t care what other people think, I think it’s an anthem for people,” Demi explains to On Air with Ryan Seacrest. “It’s something that everyone can relate to, whether you’ve been bullied or you’re going through a bad breakup.”
Check out the cover art of “Really Don’t Care” above, which Demi gave On Air with Ryan Seacrest to exclusively unveil … and download the song and the rest of her Demi album on iTunes here!


NBD, Guys—Demi Lovato Just Ate Pizza with the President. Here's What Went Down! 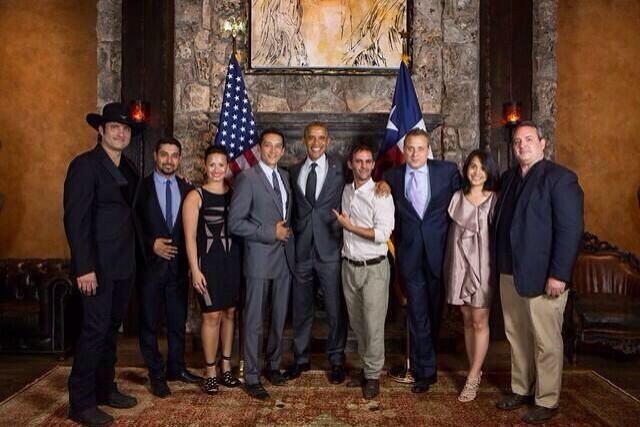 Even though Demi Lovato is busy gearing up for her first-ever world tour and putting out the coolest music videos ever, she still has time to grab a bite to eat. With the President. In a castle. It's really no big deal or anything (!!!), but when we caught up with the star, she told us it was basically the greatest experience ever. And you're about to find out why.
It's not every day people get to hang out with the Prez, but Demi and her boyfriend, Wilmer Valderrama, got to enjoy a delish dinner while he was in Texas last week. The couple met up with Obama and Gov. Rick Perry at director Robert Rodriguez's castle and talked some serious politics, all while enjoying a homemade pie. "I was super nervous, but a little more comfortable since I had already met Obama a year or two ago," Demi says. "It was cool to see him— it's always amazing to see the President. It wasn't like a huge, formal sit-down dinner. Everyone was eating and hanging out, and then we all sat down and talked to him and listened to what he was working on with politics." 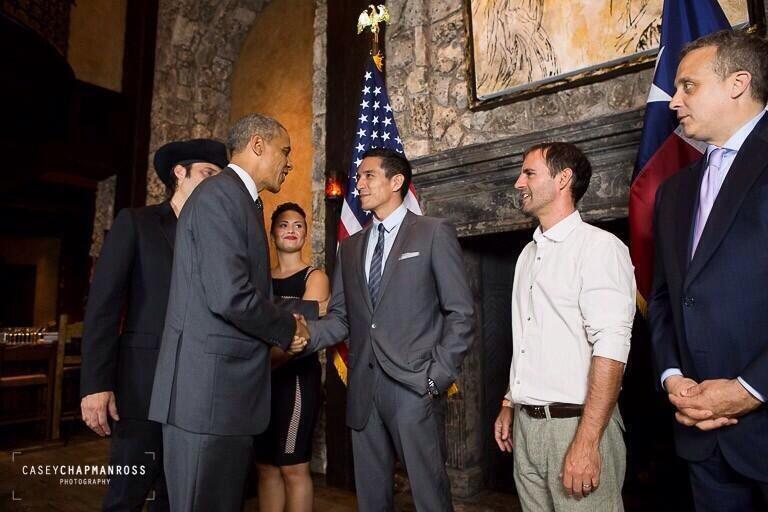 As for that delicious pizza everyone can't stop raving out? The acclaimed director made it himself. "The pizza was Robert's—it's incredible. Honestly it was just peperoni, but it was dairy-free, so needless to say my stomach was very happy."

When she's not chillin' with the leaders of the free world, she's getting pretty pumped up to start traveling around the U.S. to see her biggest fans—some of them being the high-energy teens she'll be performing for at Pop-Tart's free Crazy Good Summer concerts. "I'm really excited. I love all of my fans, but my teenage fans are the ones who are driving pop culture today," Demi says. "They're going to concerts and finding music and they haven't been sucked into that jaded world yet."
Source 1
Source 2
Source 3
Tags: barack obama / michelle obama, demi lovato
Subscribe