DWIGHT HOWARD RIPPED BY ZOA ORG. 'He Should Be Publicly Condemned' 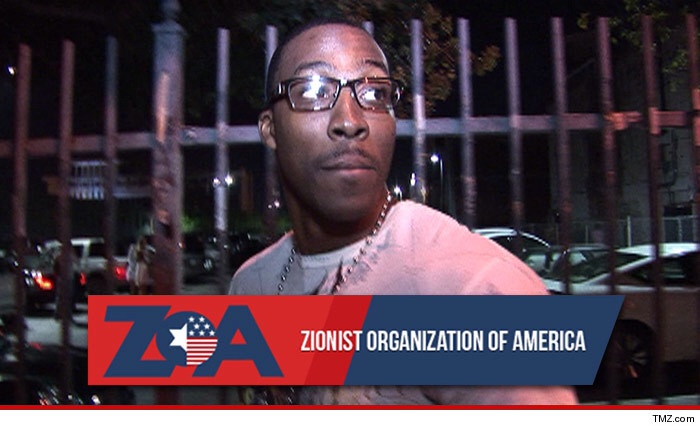 The oldest "Pro-Israel" organization in the United States is lashing out at NBA star Dwight Howard -- claiming his "#FreePalestine" tweet is hateful and ignorant.
As we previously reported Howard tweeted -- and then deleted -- the message on Saturday ... and then issued an apology for commenting on international politics in the first place.
But the Zionist Organization of America -- an international group with more than 30k members -- says Dwight's apology isn't enough.
"He should be publicly condemned as strong as Donald Sterling was," ZOA President Morton Klein tells TMZ Sports.
"Anyone who uses the phrase 'Free Palestine' is either ignorant of the situation or hates the Jewish state of Israel. It's a hateful position."
Klein adds, "Celebs have great influence.  When he makes a ridiculously false statement like 'Free Palestine,' it's frightening."