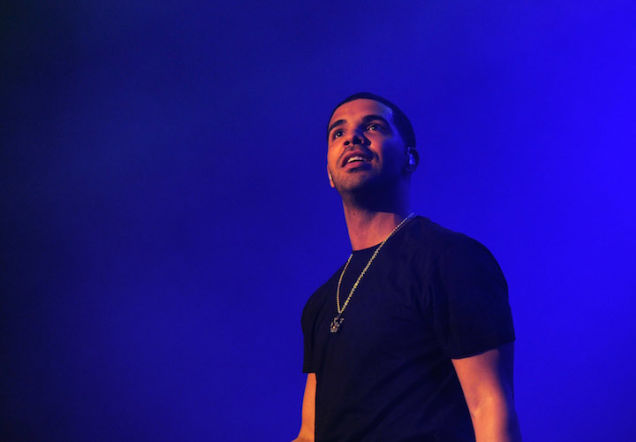 Here is a taste of the story—which is probably false—supposedly written by a groupie Drake took back to his Calabasas mansion:

He then laid on his back and was like "My Turn." MTO I was ready to suck the OXYGEN outta him and I did. After a few minutes he started pushing my head down, towards his b*lls. I sucked on them for a while and he pushed me down FURTHER to his butt hole. I never did that before, but it was Drake do I'm not gonna lie I did it.

It was weird eating a man's butt like that, but I'm a freak, and it was Drake LOL. He was laying there on the bed with his leg spread open and my face in his butt and his legs shaking.

You should really read the entire thing, though. Once you do that, let's talk about some of the issues raised by the author and the MTO commentariat.

Well let's just get this one out of the way first. Is the central claim of the post true? One commenter asks "So the trend is eating butt now?" which was a question pondered by Maureen O'Connor in New York in April. Drake has never rapped about being on the receiving end of butt play but he does keep his eye on internet memes, so perhaps he's trying it out?

Does Drake have a weird dick?

The author of the piece describes Drake's... piece this way:

His d*ck is not really big, but it's THICK.

But another commenter, who asks that you check out her "52 INCH BOOTY" on Instagram at@QueenMother305, disputes this characterization:

BTW Drake's dikk is not thick, I've seen it, It kinda comes to a point. He has a weird dikk. Maybe it's cuz of how he was circumcised since he's jewish. He's still sexy tho.

So we have some direct contradictions here, including an on-the-record claim that Drake's dick (well, dikk) is "weird." Drake, for his part, notes in his "We Made It" freestyle from earlier this year that he has "good dick." Which is the truth?

Which Drake songs does Drake play while having sex?

One commenter named Sasha Thompson pushed this anonymous tale even deeper into fan fiction territory by imagining some details of the scene:

Lmfaoooo@ his legs bein up in the air n shakin like a b!t(h!!!!! Lmfaoooo bet one his songs was playin in background too lol cornballs

Now, ignoring everything else, this brings up a legitimate question: which of his own songs does Drake play while having sex? Maybe one of his duets, like "From Time" featuring rumored flame Jhene Aiko or "Take Care" with on/off girlfriend Rihanna? Or maybe he plays one of his Sensual Slow Songs like "Shut It Down," which includes the line "put those fucking heels on and work it girl." Or maybe he just plays a bunch of Nicki Minaj songs.

Is Cash Money, the label Drake is signed to, a gay cabal?

No one is surprised at this, isn't this the same Drake guy that love to go into the NBA's lockeroom? Everyone from the YMCMB camp seem to have some kind of homosexual freak stuff going on. Nicki Minaj loves kissing girls, Wayne and Baby love kissing each other so I am sure Drake is familiar with another man's body as well.

Now, Drake does have a history of trying to force his way into NBA locker rooms, though if that made you gay there wouldn't be a single straight sportswriter. Nicki Minaj does rap frequently about bisexuality, though she has never spoken on-the-record about her off-mic preferences. And gay jokes have been thrown Lil Wayne's way ever since the aforementioned photo of him kissing Birdman surfaced. But Wayne has always confronted these homophobic rumblings head-on—in 2007 he rapped "Damn right, I kissed my daddy, I think they pissed at how rich my daddy is."

So, it's unlikely that Cash Money is a house of gay MCs, though it is possible that some of the label's artists are into "homosexual freak stuff" (same).