Marvel To Announce A New Title On The View Tomorrow 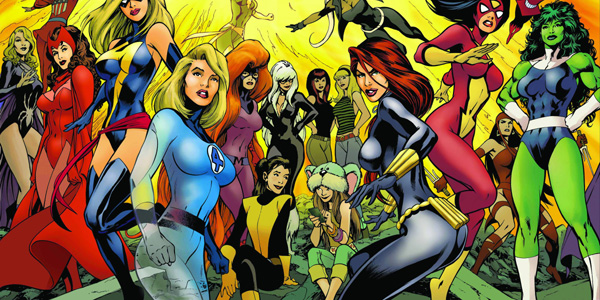 The Marvel Cinematic Universe has been largely dominated by male superheroes to this point, but in the next few years the tide could end up turning on that front. In the past we’ve heard producers from Marvel Studios talk about making more female-driven stories (with Carol Danvers/Captain Marvel considered to be a prime candidate for a solo film). It's hard to say how the future will play out or even when - but for now Marvel appears to be on the heels of making a big announcement for their female characters - either in live-action or in the comics.

Marvel has revealed via press release that tomorrow’s (July 15th) episode of The View will be feature the announcement of the company’s “latest explosive title.” Unfortunately, the memo from Marvel doesn’t specify exactly that medium the “title” will be in, but the wording suggests a new comic book series and that thought is supported by sources over at Deadline.

Admittedly it’s a touch speculative at this point, but the selection of The View as a venue does suggest that whatever Marvel is announcing is directly targeted at a female audience. That’s pretty vague, but another hint is provided by the company’s official Twitter account, which just posted this:

So what does this mean? Could this mean that the new title has some relation to Thor? Maybe a new version of the Thunderbolts are coming, but with an all-female lineup? There are so many references to thunder and lightning in Marvel comics characters and teams that it’s a bit hard to narrow down.

While all signs are pointing towards this announcement being about a new Marvel comic, that’s also not to say that it couldn’t eventually have some kind of effect on what’s going on at Marvel Studios. What ends up working and what doesn’t could possibly influence the moves that get made in the future and the way that the company looks at its audience. Either way, it should be an interesting announcement.

The View airs at 11:00 am ET, and while Jenny McCarthy and Sherri Shepherd have both left the show, Whoopi Goldberg remains on as host. Be sure to tune in tomorrow for our coverage after the Marvel announcement is made!