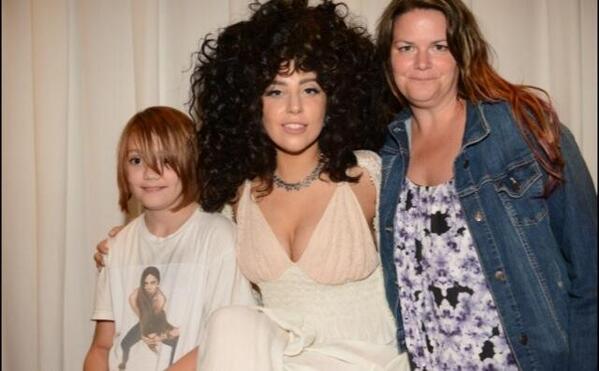 A Chatham girl who survived a brain tumour had a dream come true Wednesday night when she met Lady Gaga. Ten-year-old Avery Fournier spent 15 minutes with the entertainer following her Toronto concert. For a 10-year-old who's no stranger to fighting battles, the encounter was inspirational.

“She’s a really good person. She’s not just about the fame, she cares too, about…the fans.” And it was also a “shocking” encounter as Avery’s mother didn’t tell her about the surprise beforehand. “She was keeping it a secret from me.” Avery says Lady Gaga told her to stand up for herself and be herself. Avery is an inspiration herself, having battled a brain tumour that left her legally blind. She can’t see more than 16 inches away.

The backstage meeting happened after her mother reached out to The Toronto Star…who managed to get word to Lady Gaga's staff. “It was exciting for me because I’ve been pushing for this for so long,” says Avery’s mother Chris. She says it was touching to see the star get right up close to her daughter’s face for about 30 seconds and rub noses. Avery also received an autographed concert book from Lady Gaga. The tickets to the concert were given to her by an anonymous donor.

a sweet video of the girl at the source

Brain tumour survivor Avery Fournier can’t see anything unless it’s 16 inches in front of her face. The 10-year-old is thrilled to be going to Lady Gaga’s concert in Toronto on Wednesday evening, but she won’t be able to see her idol from her seat. It’s her mother’s greatest wish for her legally blind daughter to meet the superstar, whose positive anthems of self-acceptance and motivation were the soundtrack to her recovery. “I can just envision Lady Gaga walking towards Avery and Avery not knowing until she’s pretty much nose to nose with her,” says her mother Chris Fournier. “I get goosebumps every time. That is all I can imagine for her. And she so deserves it after everything.”

Fournier and her family were at the Santa Claus Parade in their hometown of Chatham last December when she noticed that her daughter was “walking funny” and having trouble seeing. Fournier took the Grade 5 student to the eye doctor, then an ophthalmologist. The family was then sent straight to an emergency room in London, Ont., where a doctor delivered shocking news. “They told us there was a tennis ball-sized brain tumour at the base of her cerebellum and it needed to come out immediately,” recalls Fournier, choking back tears. “We were literally one week away from her death.” Avery was rushed into surgery that night. Doctors were able to remove 70 per cent of the tumour. She is now legally blind.

At crucial moments during her recovery, Avery would stick in her white earbuds and listen to her favourite Lady Gaga songs, among them “Donatella” and “Bad Romance.” “After her surgery in the hospital she would listen to her all the time, she was her motivation,” explains Fournier. “When she had to take a couple steps to a chair it wasn’t me, it was Gaga,” says Fournier with a laugh, “I’m not in her ear screaming at her.” When she had to make the trek from her hospital bed to the washroom, again it was Lady Gaga who got her there. “She’s been a huge inspiration for what she’s had to go through,” says Fournier.

Avery has also drawn strength from the pop star’s messages of self-acceptance and anti-bullying with songs like “Born this Way,” as she struggles to adjust in school, where she has to have things printed in size 40 font to be able to see and is learning how to type. “In school the kids were making fun of her, saying, ‘You’re faking it,’ ” says Fournier. Family friend Yolla Abraham was surprised at first that the fifth grader was such a fan of the pop star who she sometimes finds “a little out there.” But Lady Gaga resonates, she said. “Kids may not do exactly what she’s doing, but they’re looking at her and see that she’s confident and she could care less what other people are saying.”

Fournier was able to secure two tickets to Gaga’s concert in Toronto from a stranger on Kijiji after she explained Avery’s situation in a message and urged him to get his child’s eyes tested. “I’m not sure people are aware that children in Ontario are allowed one free eye check (a year),” she says. “That’s how we found Avery’s tumour,” she says. The man emailed back and gave her the tickets for free. The seats at the Air Canada Centre are in section 300, where Avery will be able to hear, but not see, Gaga sing her favourite songs from her latest album, ARTPOP.

Fournier says she has tried to contact Gaga’s staff and her Born this Way Foundation, as well as various fan sites to ask them about Avery meeting Lady Gaga. She has yet to hear back. She has also posted Avery’s drawings on Gaga’s LittleMonsters site, which encourages fans to express their passion and creativity in an accepting online community in the spirit of the ARTPOP album.

“She is just a 10-year-old girl trying to get though this rough patch in her life and to me, she is the epitome of that album, minus the songs with bad words,” says Fournier. 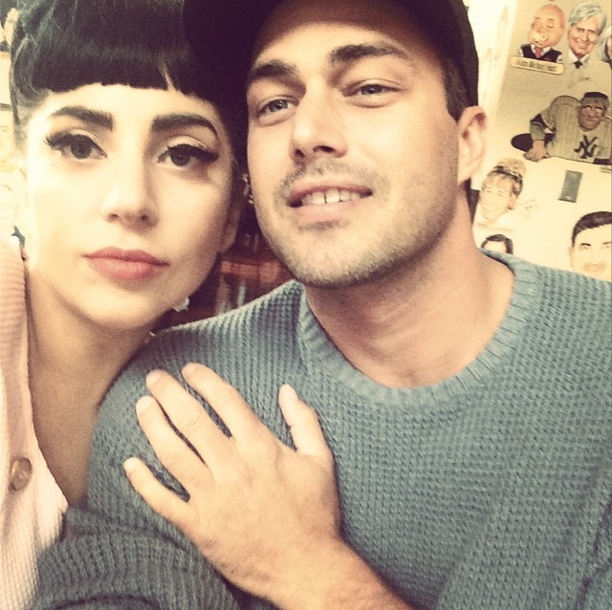 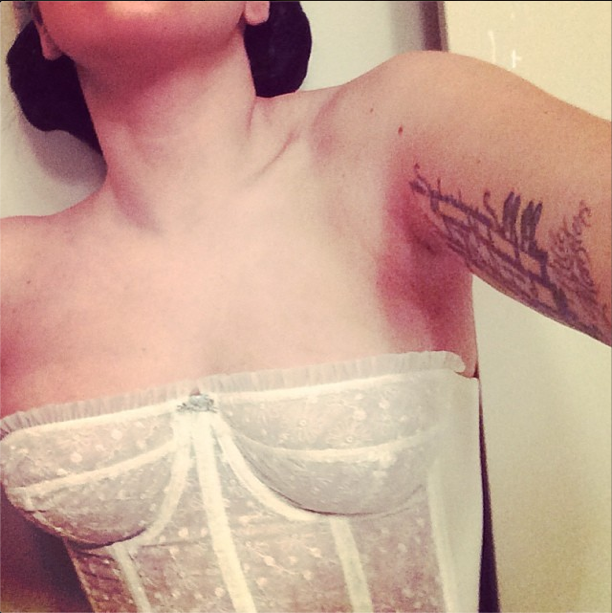 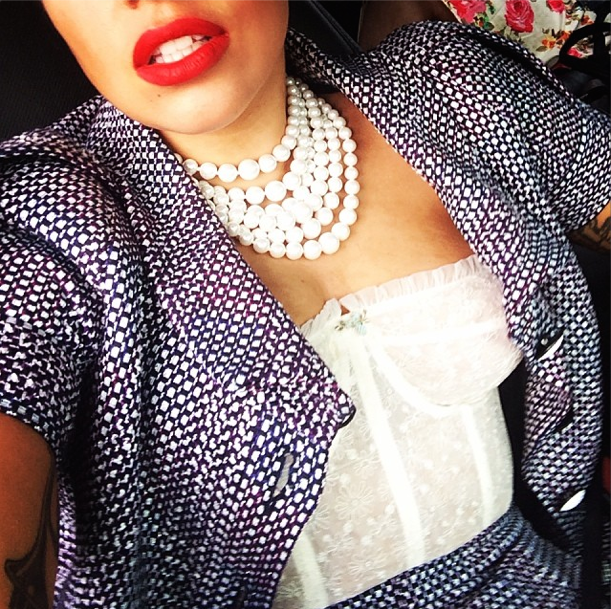 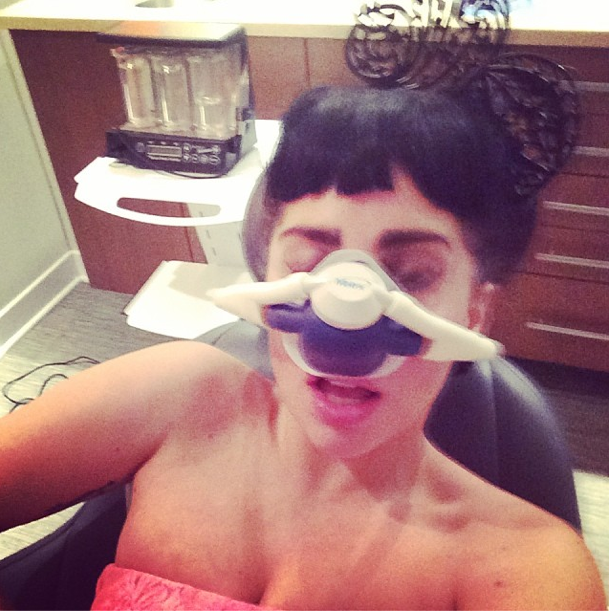 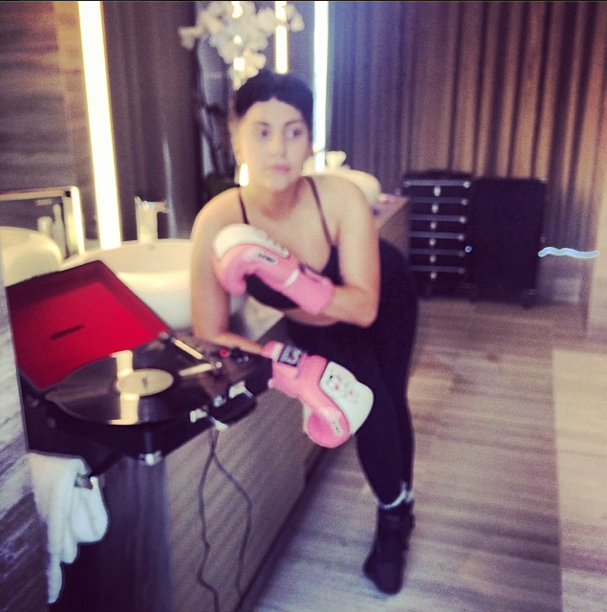 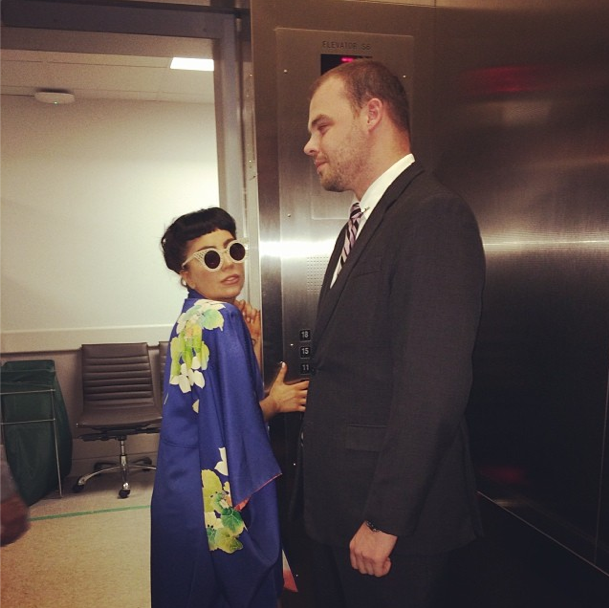 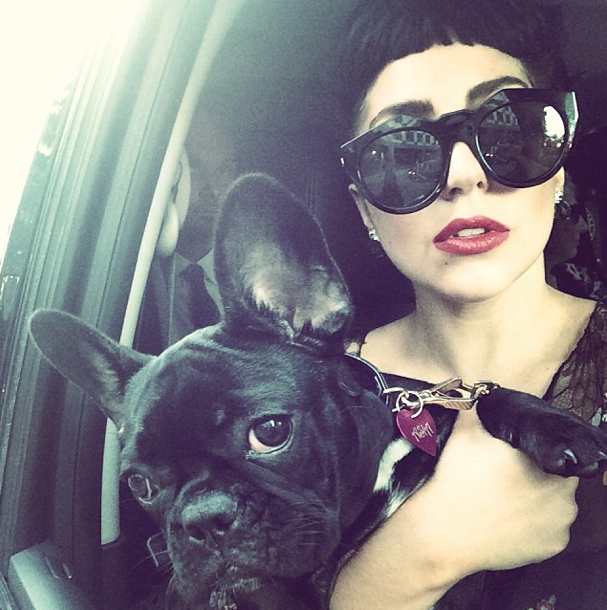 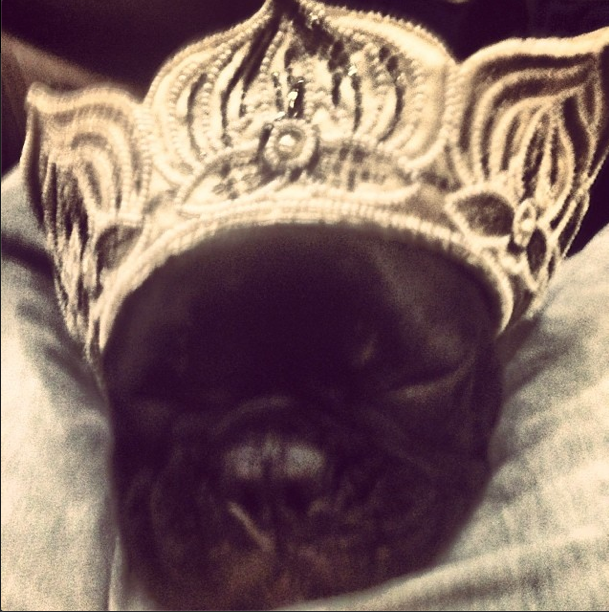