Tumblr crazies organize a convention, it goes as well as you'd expect 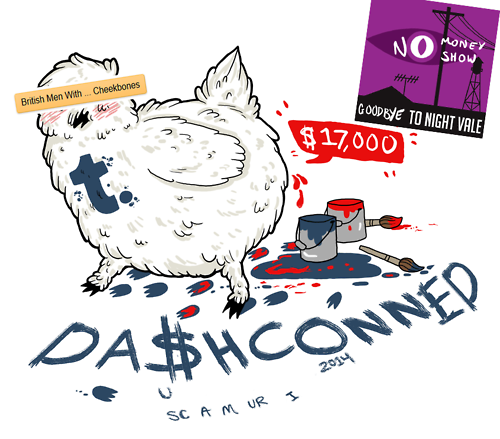 A convention of three to seven thousand Tumblr bloggers in a hotel in Illinois for the weekend… what could go wrong? Well… a lot.

The convention, located in Schaumburg, IL, goes from July 11-13. The convention bears the tagline “For Tumblr Users, By Tumblr Users. We are not in any way affiliated with or endorsed by Tumblr.” and with the way they’ve handled things thus far, we believe it.

Charging anywhere from $20-$45 for a day pass (not including a concert ticket), not including the five-star hotel accomodations, we can be sure that someone is making a profit here.

With eye-roll inducing events such as a “Super-Who-Lock Hunt”, a Dr. Who-themed band performance, and Tumblr artists selling their homemade stuff at 400% profit, we’re glad to be able to witness from afar. 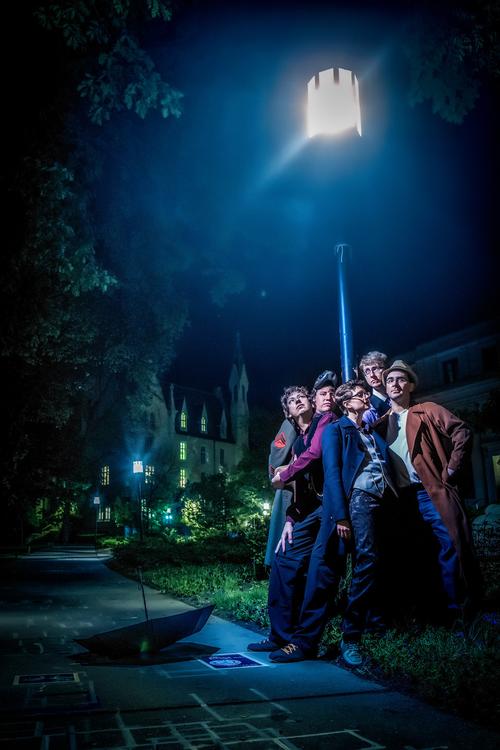 Their first day went as well as you could expect.

There was some miscommunication in the Dashcon crew’s hotel contract; while Dashcon thought they could pay after, the hotel staff insisted they pay before. A staffer wrote to clear the air that “The hotel and convention had agreed on a payment plan spread over the weekend, and the hotel decided to change the plan and ask for all the money last night.” This seems both highly unlikely and highly against a contract they had signed. 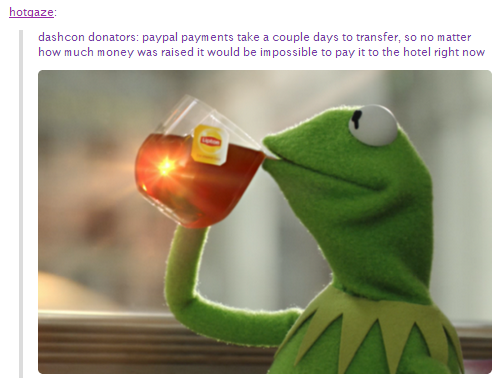 Regardless, Tumblr got together and raised the $17,000 needed in no time at all. (here are the 'admins' explaining the whole money deal and someone calling them out) Not to mention protesting the hotel staff’s decree in the lobby by singing extremely loudly.

Meanwhile, the Dashcon participants quickly became the butt of angst and a lot of jokes. (the dashcon tag is full of these gems) From a blog that counts up all the things you could buy with that money to a social justice front protesting the utter injustice of privileged bloggers getting even more money to do nothing for a weekend.

Just honestly, we think the folks at Dashcon are taking themselves more seriously than the poor hotel staff. 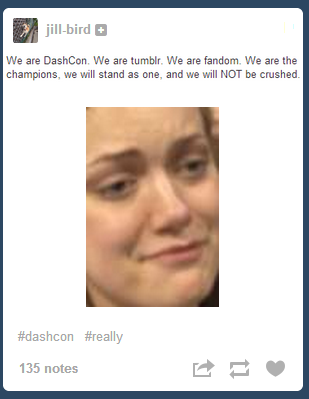 In conclusion: yes, we acknowledge this is the first time anything on this scale has been put on by Tumblr bloggers. But that doesn’t excuse the poor behavior by the participants or the mistreatment of panel participants (but that’s a different story).

If you missed this years’, don’t worry. The DashCon entrepreneurs have your back. 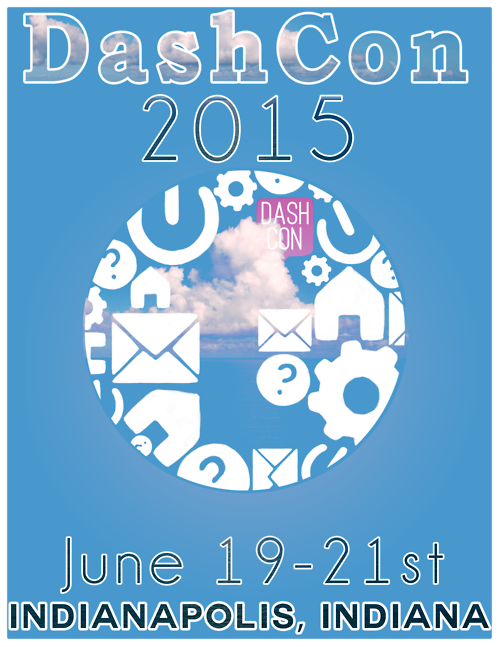 TL;DR: A bunch of Tumblr kiddies all got rooms in the same pre-booked hotel, which the Dashcon staff supposedly had a verbal agreement with the staff of to pay them after the con, but the hotel contract said before. Thus, the Dashcon attendees and other various Tumblr sundries scraped seventeen thousand dollars together in like an hour (without any verification of whether or not the Dashcon staff actually needed the money or whether they were just scamming a bunch of kids), donated it to the hotel’s PayPal (which confused the fuck out of the hotel staff), and are currently protesting in the hotel’s lobby by singing Les Miserables songs to a bunch of underpaid and exhausted hotel employees with no control over the situation.

Summary of events so far: 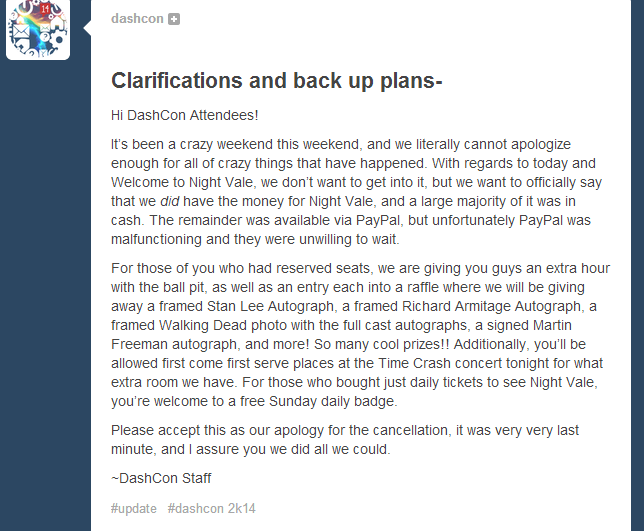 Post explaining some of the things that went wrong

Girl that was there for an hour talking about it 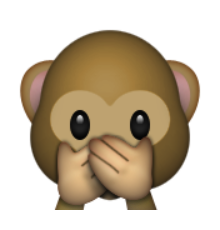 Would you ever go to a Tumblr convention, ONTD?