This is why Selena Gomez is more than her past relationship! 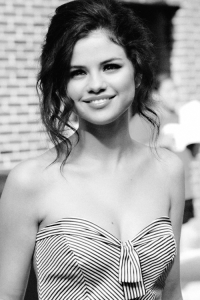 We Selenators look out for each other. So when we noticed that Selena Gomez was throwing out a few signs that she might be going through some stuff, we wanted to jump right there by her side.
You know, whether her vague quotes were about her ex doesn’t matter. The fact is, Selenators are family, and when she speaks to us, we speak back.
Earlier this week, she reached out directly to fans on Instagram. “You’re always listened to,” she wrote on one pic, continuing on another, “And usually always right.”
Selenators, whether they supported Jelena or not, just want her to be happy. But many (media like us are to blame) are pegging Selena’s every move to her ex's photos with a new girl. Selena posts pics with friends? It must be because she’s trying to forget him. Selena posts picture of ocean? She must be contemplating her lost relationship. Oh, she’s hanging out with other people? She trying to make him jealous. She’s wearing a bikini? Definitely trying to make him jealous. And that quote she put up? That must be her sending shade to him.
Not to mention this article that claims they’re “officially engaged” in a rebound dating duel.
Let’s stop reading into Selena’s life through a Justin Bieber lens. Let’s just see Selena for Selena.
While the couple took a weird, meandering, on-again-off-again turn, she admitted on Instagram that she always knew how it would end up. So right now, let’s just work on happiness. For you, Selena, and for all of us.
Source