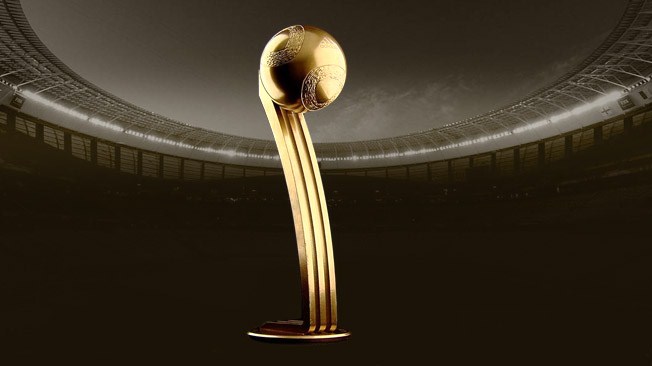 Lionel Messi, Neymar and James Rodriguez have been named among those shortlisted for the Fifa Golden Ball 2014.
The award is presented to the best player of the World Cup finals and is voted for by members of the media and Fifa’s Technical Study Group.
The Barcelona stars were named alongside James, the tournament’s current top scorer with six goals, as part of a 10-man shortlist that is dominated by Germany and Argentina – the two sides who will contest the Sunday’s final at the Maracana.
Javier Mascherano and Angel Di Maria join Messi as the three Argentina players to make the list.
Favourites Germany have four nominations with Matts Hummels and Toni Kroos joining captain Philipp Lahm and Thomas Muller, who has scored five goals in Brazil so far.

- Angel Di Maria (Argentina)
In providing Lionel Messi with the best possible support, Di Maria has led the Albiceleste attack with distinction, posing a constant menace to opposing defences with his long-range shooting, mazy dribbling and finishing skills, which he showcased with a well-taken winner against Switzerland in the Round of 16.

- Mats Hummels (Germany)
The Borussia Dortmund centre-half has attracted much praise for his solid displays at the heart of the German defence. As if that were not enough, Hummels has also impressed at the other end of the pitch, rising high to score against Portugal in the group phase and head home the winner against France in the quarter-finals.
- Toni Kroos (Germany)
Kroos ran the show as Die Mannschaft swept aside hosts Brazil 7-1 in the semi-finals, dominating the midfield and posing a constant threat with his passing and shooting, which brought him two goals – all in a day’s work for this most consistent of performers.
- Philipp Lahm (Germany)
The Germany captain began the tournament in midfield before seamlessly making the switch to the right-back slot, without it undermining his performance levels or his considerable influence on Joachim Low’s side.
- Javier Mascherano (Argentina)
Though their much-vaunted attack attracts most of the headlines, Argentina have also been solid in defence, a large part of the credit for which must go to Mascherano for his tireless work in providing the Albiceleste rearguard with essential protection.
- Lionel Messi (Argentina)
Messi had never scored at the world finals prior to Brazil 2014, a record he emphatically set straight with some lethal finishing in each of Argentina’s three group matches. Though yet to find the back of the net in the knockout rounds, he has remained an influential figure for his side.
- Thomas Muller (Germany)
In opening his campaign with a hat-trick against Portugal, Muller picked up where he left off at South Africa 2010, where he collected the adidas Golden Boot. His performances since have underlined his status as the spearhead of Germany’s deadly front line.
- Neymar (Brazil)
Though only 22, the livewire forward ably shouldered the huge responsibility of leading A Seleção. Neymar was his side’s stand-out performer with four goals before an unfortunate injury ended his tournament in the quarter-finals.
- Arjen Robben (Netherlands)
The flying Dutch wide man has been in peerless form since putting defending champions Spain to the sword in his side’s opening match. His incisive runs from deep have been a feature of the tournament.
- James Rodríguez (Colombia)
Recognised as a huge talent heading into the competition, the gifted RodrÍguez has since proved his ability to rise to the big occasion. His haul of six goals in five outings was a major reason why Los Cafeteros broke new ground in reaching the last eight for the first time.

The winners of the adidas Golden Ball, Silver Ball and Bronze Ball will all be announced after Sunday’s Final. 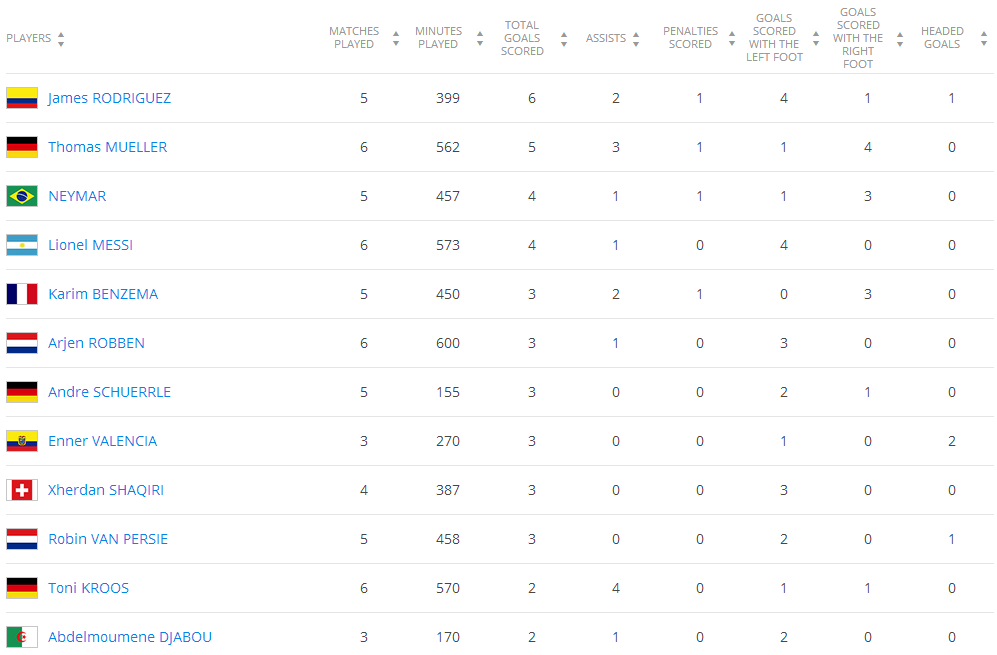