Shania Twain hints at a return to the road! 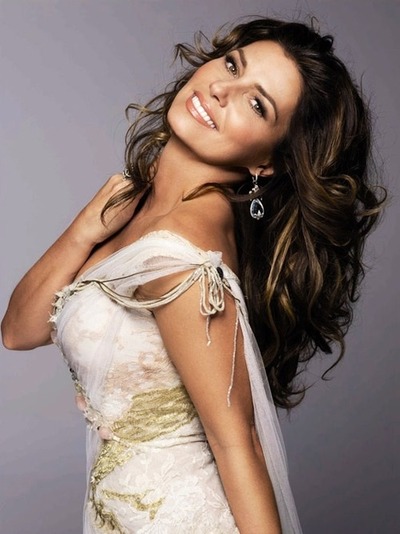 With Garth Brooks poised for his big return, can his Nineties female counterpart Shania Twain be far off? Tonight, she'll play the first of two consecutive nights at Calgary's Saddledome in her native Canada. The shows are Twain's first outside of her wildly successful Las Vegas residency, Shania: Still the One, and in an interview with the Calgary Herald, she says it could be a sign of things to come.
"I think I'm going to do more," Twain said. "It's just something I'm enjoying more now than I have in a long time. Vegas has been a really good transition for me to get back onstage again."
The singer, who still holds the record for the best-selling country album ever with 1997's Come On Over, hinted at new material as well. "It's my priority this year and I will be in the studio as soon as I can get in, get my ducks in a row," said Twain, whose last album was 2002's Up. "I’m working on it all the time right now."
After separating from her husband, producer Robert "Mutt" Lange, Twain famously lost her voice. But the now happily remarried singer's return to Caesars Palace's showroom in 2012 left little doubt that the 48-year-old was ready to continue performing.
"Back onstage has been very natural, it wasn't as hard as I thought it was going to be," she told the Calgary Herald. "I'm enjoying the singing and I think my voice has a lot of qualities it didn't even have before, which is interesting. And I look forward to putting that down on record."
Source