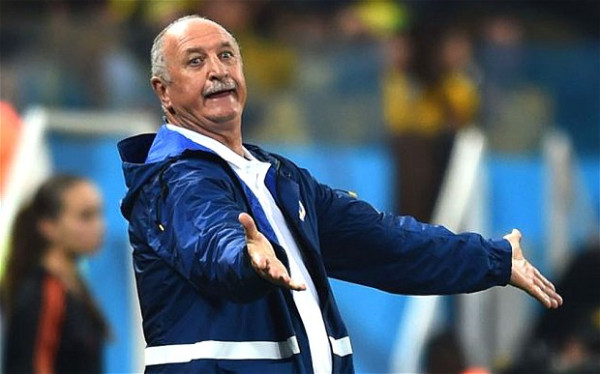 In the wake of Brazil's 7-1 loss to Germany, there has been plenty of blame to go around, but most of it has fallen on manager Luiz Felipe Scolari. The 65-year-old apologized for the loss in his post-match press conference and described it as the worst day of his professional life. And to make sure the next day wasn't much better, Neymar's agent, Wagner Ribeiro, decided to add his unfavorable view of Scolari to the mix.

Though his client was unable to play against Germany due to a back injury suffered during Brazil's quarterfinal win over Colombia, Ribeiro mocked Scolari by tweeting a list of the "six prerequisites to become manager of the Brazilian national team.


Here's a translation of the list, which is essentially a rundown of Scolari's career lowlights in recent years:
1. Go manage Portugal and not win anything.
2. Go to Chelsea and get fired.
3. Go manage in Uzbekistan.
4. Come back to Brazil, take control of a big team, and demote it back to the second division
5. Ask to quit 56 days before the end of the league to escape demotion.
6. Be an old jerk, arrogant, repulsive, conceited, and ridiculous.

Ribeiro did leave out the part where Scolari led Brazil to their last World Cup title in 2002, won the Copa do Brasil in his second stint with Palmeiras (the club referenced in point 4) and, for what it's worth, also won the Uzbek League with Bunyodkor.

Quibbles about listed achievements aside, the first five points on the list only seem to be cover for whatever personal issues Ribeiro's final point suggests. And this after Scolari made himself look silly by wearing a hat in support of Neymar to the stadium.